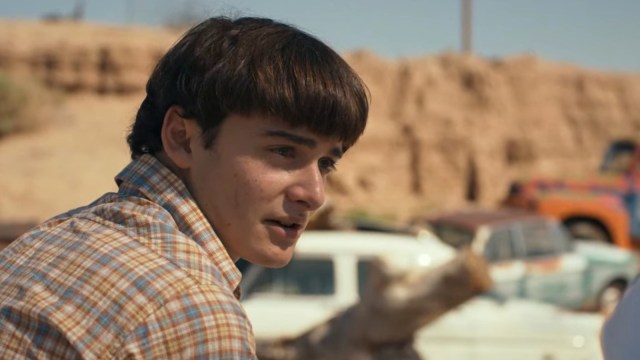 We’ve got quite some time before the Stranger Things swansong graces our Netflix queues, with season five confirmed to be the final season of the show. The dedication and insatiability of the show’s fans has made itself known time and time again, most recently with some theory-crafting for season five that includes an absolute behemoth of a twist; Will being the true antagonist.

One user on r/FanTheories took to the site and laid out their reasoning behind the theory, noting how season four has so far left Will particularly isolated, even from the likes of Joyce, Jonathan, and Mike, which could eventually lead to him turning his back on the Hawkins gang.

Another user cranked the theory up to eleven and went deep into comparing Will’s actions in season one to Vecna’s murder methods over the course of season four.

The user pointed out Will’s erratic behavior whilst being trapped in the Upside Down during the events of the first season, and how they led to Joyce’s fear and isolation, similar to how Vecna isolates his targets using their deepest fears before moving in for the kill.

The theory hasn’t garnered too much of a response as yet, but those that have voiced their opinions seem divided, with one camp refuting the theory with evidence of their own, and others hoping for a twist as interesting as Will’s villainy.

It would be quite the reveal, to be sure, but if we’re familiar with the Duffer brothers, then we’d be wise to anticipate the unanticipated, and prepare for a twist that could even go beyond Will as the big bad.

Volume two of the fourth season of Stranger Things releases on Netflix on July 1.