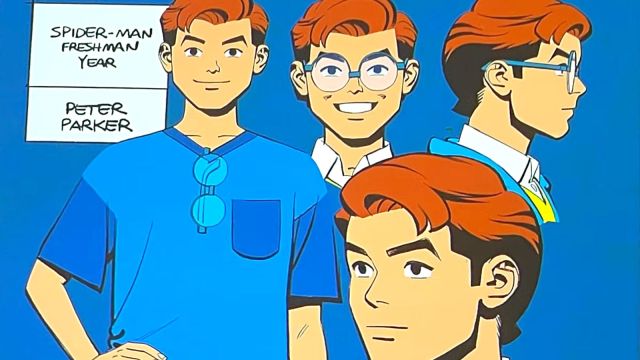 Fans of the friendly neighborhood Spider-Man are still in the dark about the future of Marvel Studios’ upcoming animated series Spider-Man: Freshman Year, after news of the lay-offs across Disney impacting the show. Series creator Jeff Trammell, however, remains positive in new series of tweets.

The Executive Producer and head writer of Spider-Man: Freshman Year took to the platform to celebrate the two-year anniversary of his pitch meeting for the show with Marvel Studios, which, up until recently, everyone was certain had been a success.

In the Twitter thread, Trammel praised his “unbelievably hard-working and dedicated crew,” amidst the panic caused by some of said crew members’ ominous posts. Both a writer and an animator seemed to imply that they had to exit the project ahead of what they had initially expected, fueling rumors that Freshman Year had been affected by Disney’s recent cuts.

Despite a potential course correction after budget constraints nothing seems to indicate that the 2024 release (that’s already projected for a second season) is going to be cancelled.

Trammel’s tweets are, likewise, promising, with the seasoned animation writer saying he “cannot wait” for everyone to see what he and his crew have created. “I feel super lucky to have had this opportunity two years ago and could never have imagined where it would lead to,” he concluded.

If it ever does grace our screens in 2024, Spider-Man: Freshman Year has been described as a reimagining of the MCU’s Peter Parker if instead of Tony Stark it had been Norman Osborn showing up at his and Aunt May’s place. It will honor the comic book’s original style and feature a slew of exciting characters from the Spider-Man universe.