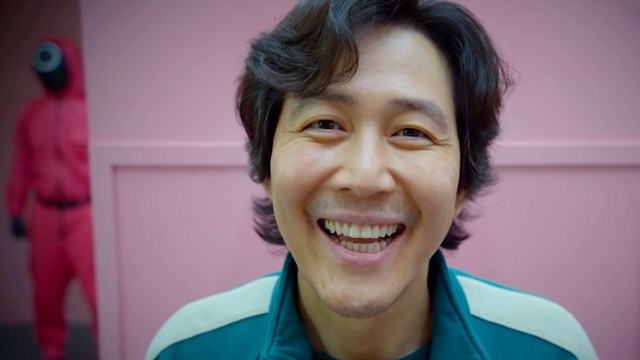 It’s official. One of Netflix’s most popular series will be returning for a second season. Squid Game, the South Korean series depicting a set of murder games where 456 people competed for the ultimate prize of 45.6 billion Won. The first season of the practically stole everyone’s attention when the show was released, so the second chapter is highly anticipated.

Lee Jung-jae will most likely be coming back to play Seong Gi-hun, and this has the highest probability of any of the characters in the series. After all, he won the competition and returned to the outside world, but he seemed adamant to find out who is still running the games and putting a stop to them. Indeed, he has been confirmed to return by the creator of the series, Hwang Dong-hyuk when he confirmed that there would be a season two.

The only other confirmed character to be announced was The Front Man, played by Lee Byung-hun. He was the man who ran the Squid Game and was revealed to be Hwang In-ho, the brother of Hwang Jun-ho, the police officer we followed throughout the series as he attempted to rescue his brother, who it turns out did not need rescuing. Hwang Jun-ho was played by Wi Ha-joon, and he might return as well. While Hwang In-ho did shoot his brother toward the end of the series, he only shot him in the shoulder, and Hwang Jun-ho fell off a cliff. Not seeing the body is essentially a guarantee that he survived both his fall and the gunshot wound, so his return in the second season would not be too surprising.

There is one other character that the letter written by Hwang Dong-hyuk states might return, and that is the man in the suit with the ddakji, who was played by Gong Yoo. He recruited Seong Gi-hun into the Squid Game. He was left alive by the season finale, so there are few reasons why he could not return. In fact, he will most likely be instrumental in Seong Gi-hun returning for the next Squid Game if that is what happens in the future.

Even though these characters could return, do not rule out anyone else. We could always get a flashback to the last Squid Game or a surprise evil twin. It does seem like everyone would like HoYeon Jung to come back as Kang Sae-byeok. There’s also a pretty good chance that some of the VIPs return for the second season as well. Aside from that, it is doubtful that any of the main cast members from the first season would reprise their roles, but we’ll find out soon as the second season of Squid Game should be arriving on Netflix sometime between 2023 and 2024.