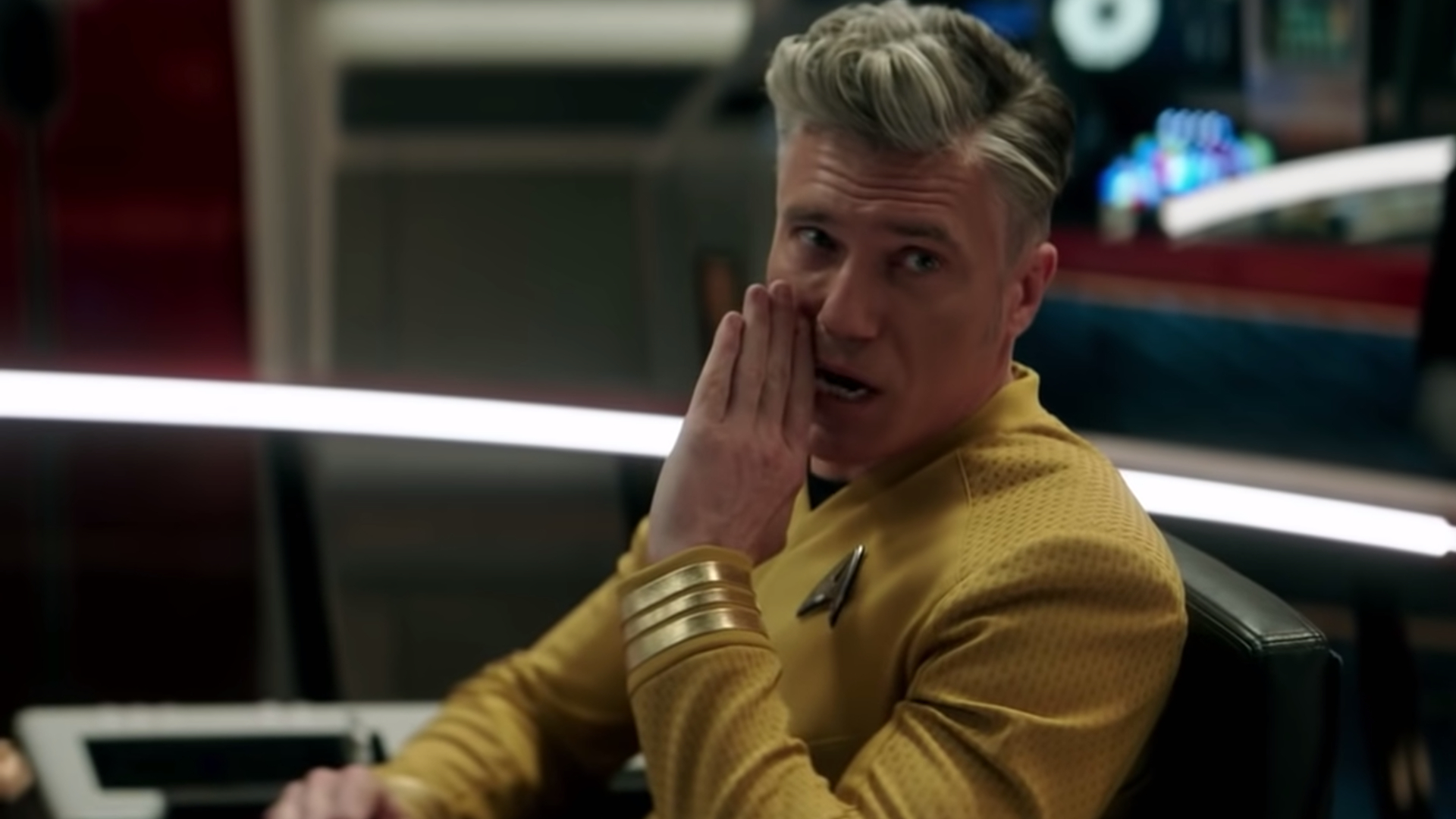 Star Trek is about to boldly go… well, where it’s kind of been before but fans are excited, anyway. Next month’s Star Trek: Strange New Worlds is set to bring back Anson Mount’s Christopher Pike, following his breakout role on Discovery season two, to further explore the adventures of the U.S.S. Enterprise in the days before James Tiberius Kirk took over as captain. This should allow Pike to step out of his more famous successor’s shadow and grab the spotlight for a change.

And that’s why fans got a little worried when it was announced that The Originals’ Paul Wesley is joining the series as Kirk himself in season two, which is already in production. As beloved as Kirk is, Strange New Worlds is Pike’s show so it would be a shame if Kirk came along and stole the focus just one season in. Thankfully, Mount has now heavily hinted that this won’t be happening once we get to season two.

CinemaBlend asked the former Inhumans star to address the elephant-sized Kirk in the room and, while he seemed hesitant to talk too much about SNW‘s sophomore run at this stage, Mount emphasized that this is a “prequel” to The Original Series and isn’t looking to tread on the toes of the ’60s show’s timeframe.

“We wanted to do a true prequel — PREQUEL — to the original series, and that is couched in the Pike years,” Mount said. “But, as you know, in the world of TV scripting, one season does not necessarily correspond to one year. As we get into the show, there’s really… I’m not sure we’ve really demarcated how far time is progressing between seasons. So, I don’t know. We’ll see where it ends up. But, yeah, no, that would be a very different show.”

In other words, Pike will remain Enterprise captain in season two so he’ll still be the one calling the shots, even when Kirk arrives on the scene. Our first look at Wesley’s Jim depicted him in a Starfleet captain’s shirt, but this likely tells us he’ll be in command of another ship at this point in time. With Kirk’s duties lying elsewhere, then, Wesley will probably only be a recurring presence in season two, meaning SNW should remain 100% Pike’s show.

Also featuring Ethan Peck as Spock and Rebecca Romijn as Number One/Una, Star Trek: Strange New Worlds beams onto Paramount Plus this May 5.