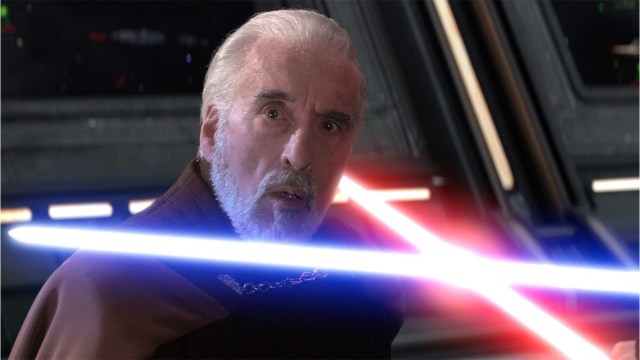 If you’ve ever seen the Star Wars prequel trilogy, you know that Count Dooku of Serenno was once one of the most respected of the Jedi Knights of the High Republic and was trained by Yoda himself. He was the former master to Qui-Gon Jinn, who himself trained the extremely SEO-friendly Obi-Wan Kenobi. Sadly, Dooku fell to the Dark Side of the Force and secretly became Darth Tyrannus, which anyone can admit is a pretty cool name.

Dooku née Tyrannus proved he had become a Sith when his lightsaber turned red, and as any high school freshman would have learned in their Galactic History 101 class, he fought alongside secret Sith Senator Palpatine in the Clone Wars, and well, we all know how that turned out.

A contingent in the Star Wars subreddit, however, believes that Count Dooku was actually a pretty good guy who created sedition and stoked civil war because sometimes real heroes have to make unpopular choices that cause the death of billions and lead to the Dark Side taking control of the Galaxy:

Redditor Junker has a future in politics, with an answer that says much and means very little:

While a Modern Day King of New Zealand has a pretty bold take on the debate:

Hot-Albatross comes in with a hot take reminding us that you can’t always overlook major atrocities:

–TheForce— reminds us that, you know, he was a Sith:

CataloupeCamper reminds us that having opposing views isn’t an excuse for mass murder:

And this Puzzlehead puts it into Dungeons & Dragons language anyone can relate to: