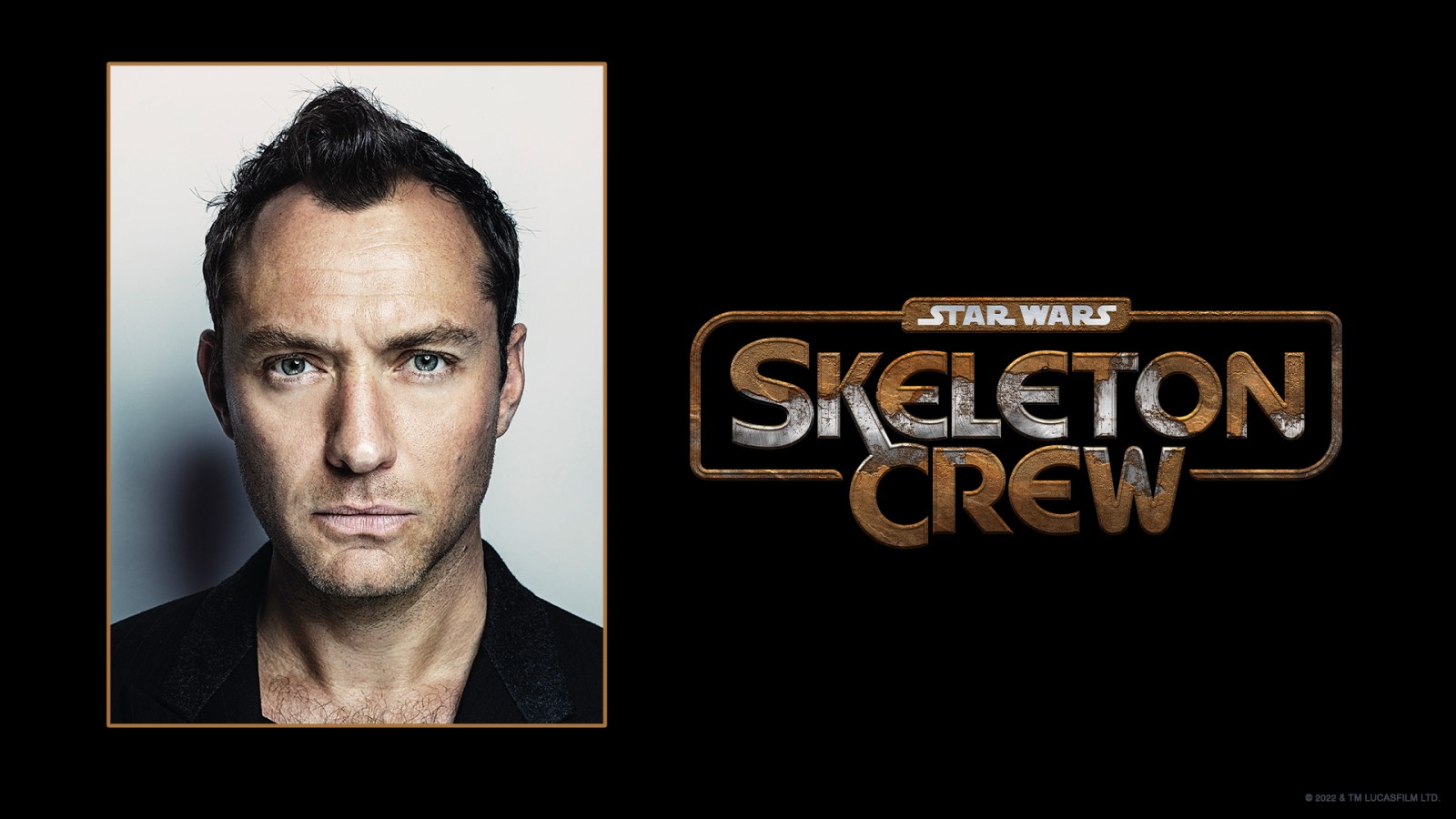 After The Mandalorian, The Book of Boba Fett, and most recently Obi-Wan Kenobi, the ever-growing Star Wars universe has some new exclusive Disney+ shows in the works. At the Star Wars Celebration 2022 event, fans got to see a first teaser trailer for Andor, prequel to Rogue One: A Star Wars Story starring Diego Luna, as well as the official announcement of Skeleton Crew, a new live action series starring Jude Law.

Rumors of a Jon Watts Star Wars project started in February 2022, with more details about it revealed in mid-May 2022. The Spider-Man: No Way Home director is set to executive produce the live action series along with screenwriter Chris Ford, while Jon Favreau and Dave Filoni will serve as producers to the show. According to reports by Vanity Fair, the movie is being described internally at Lucasfilm as “a galactic version of classic Amblin coming-of-age adventure films of the ’80s.”

What is Skeleton Crew about?

Skeleton Crew is set in the New Republic era, after the events of Star Wars: Return of the Jedi, around the same timeline as other Disney+ shows like The Mandalorian. As stated by Watts at the event, it follows a group of kids, about ten years old, who get “lost in the Star Wars universe” and are trying to find their way home. No official plot summary has been revealed yet, since Lucasfilm has been keeping most of it a secret.

Chris Ford is the screenwriter for the show, teaming up with director Jon Watts one more time after working together on the 2017 Marvel Cinematic Universe movie Spider-Man: Homecoming.

Who is in the Skeleton Crew cast?

So far, British actor Jude Law is the only name that was confirmed to the project. Further details about his character, however, like names or how they are related to the main Star Wars storyline, were not yet revealed.

Reportedly, casting calls for 11- and 12-year-old kids are open, which means that fans may get to know more about the group of kids of Skeleton Crew in the coming weeks and months.

When will Skeleton Crew release?

Skeleton Crew is set for a 2023 release, according to Lucasfilm. The live action series will premiere exclusively on Disney+, like all of the Star Wars expanded universe shows released since the streaming service launched. No information of a more precise release window has been revealed yet, as well as a number of episodes.