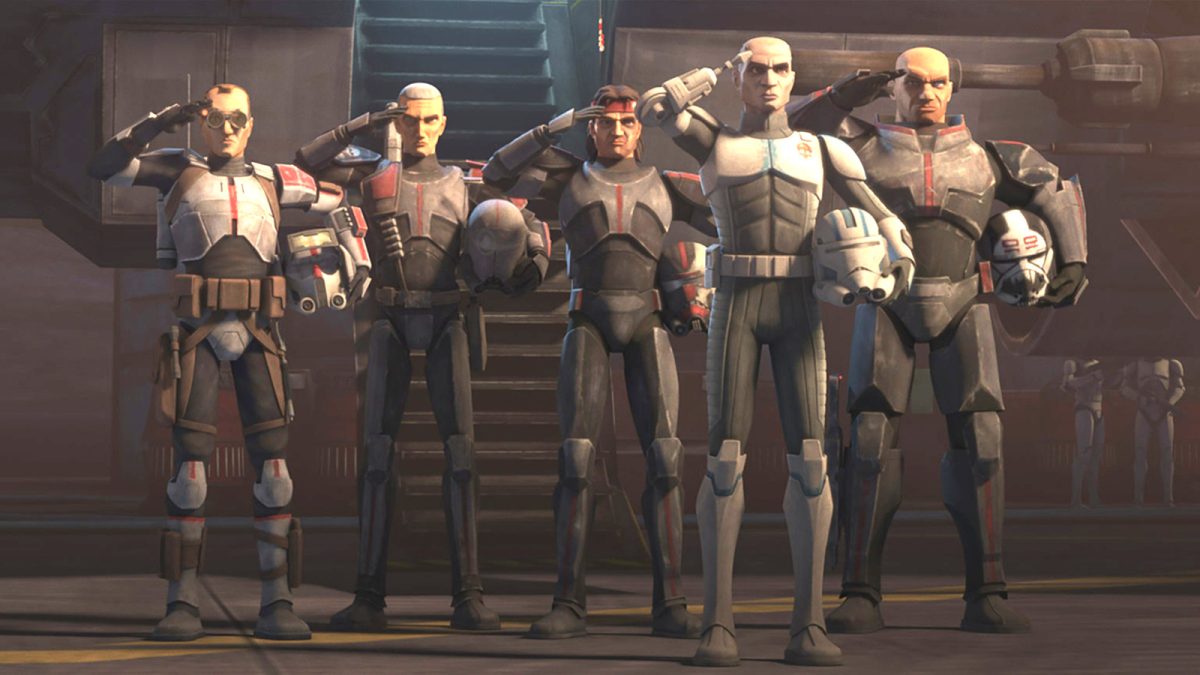 Of all the places to draw on inspiration for the show Star Wars: The Bad Batch, an N64 game from 1999 is probably not on the top of anyone’s list. Weirdly, that’s the very thing that happened.

The show’s second season premiered at the beginning of the month, and in an interview with /Film, showrunners revealed that Star Wars Episode I: Racer helped inspire them for the most recent episode “Faster,” which revolved around the batch’s handler Cid and his betting problem.

The show uses speeders instead of pods and trades the wide expanse of the Tatooine desert for neon lights in tunnels. Supervising director Brad Rau said, “We were looking at that a lot. Played a lot of that back in the day.”

In addition to this regrettably popular game, the team also watched hours of racing film.

“[We looked at] tons and tons and tons of footage to figure out what the difference is when you have a certain camera with a certain lens on the side of the racer versus tracking in front. And we just played with the whole thing so we could have maximum octane and just play with it all the way through. It was so fun.”

The episode is part of a wider narrative device showrunners are using this season: giving each character a focus just on them. This episode focuses on Tech, who goes against his personality type and takes over when Cid loses her driver. Executive producer Jennifer Corbett said it was nice to see a different side to Tech.

“It’s not just about Omega having fun, we got to see Tech have fun. And we wanted to, in different episodes, shine a light on the characters a little bit more and get to know their personalities beyond season one.”

New episodes of The Bad Batch premiere Wednesdays on Disney Plus.