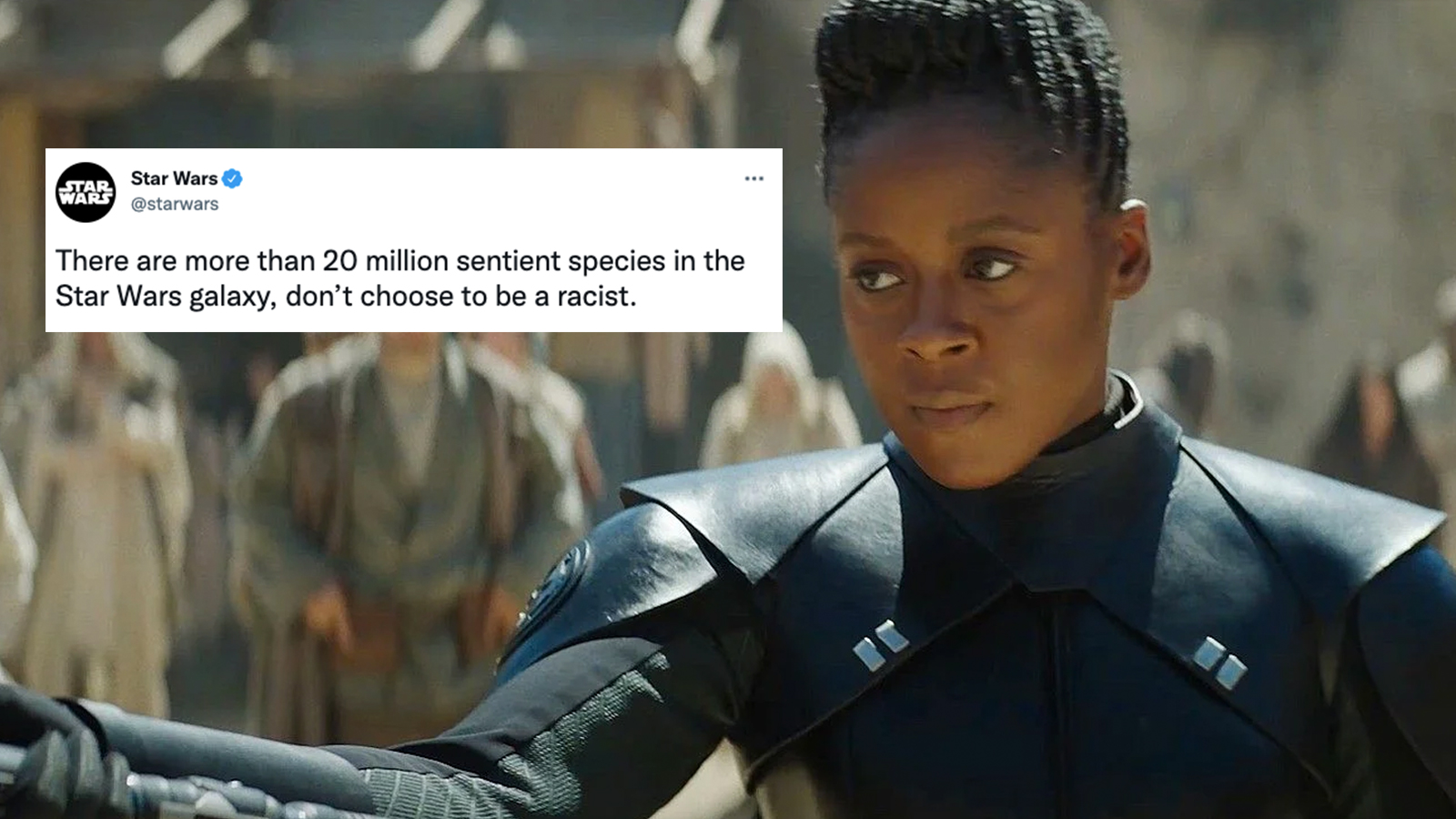 The team behind the official Star Wars Twitter account has pointed its blasters and fired back at racist trolls for sending hate to Obi-Wan Kenobi star Moses Ingram.

First Kelly Marie Tran and now this? When will you losers learn to leave actors of color alone?

Ingram, who plays the sinister villain Reva on the show, shared some of the “hundred” of racially-charged violent messages and death threats so-called “fans” DMed her via Instagram. She then took to her Insta story to thank her fans for trying to call that type of behavior out. But she defeatedly told them “there’s nothing anybody can do about [it]”.

“And so I question what my purpose is even being here in front of you saying that this is happening… I don’t really know. But I think the thing that bothers me is this feeling that I’ve had with myself — that nobody has told me — that I gotta be quiet and take it. That I gotta kinda just grin and bare it. And I’m not built like that.

“So I really just want to come on and say thank you to the people who show up for me in the comments and places I’m not gonna put myself. And to the rest of y’all? y’all weird.”

The team behind the official Star Wars Twitter account then made an official statement regarding the abuse Ingram has received. They said they were proud to have her be part of the series and added they “resisted” anyone who intended to “make her feel in any way unwelcome”.

“There are more than 20 million sentient species in the Star Wars galaxy, don’t choose to be a racist.”

Obi-Wan Kenobi airs every Wednesday on Disney Plus. Following the double premiere, viewers came up with a jaw-dropping theory about Ingram’s character and her recent behavior towards Obi-Wan in the second episode.