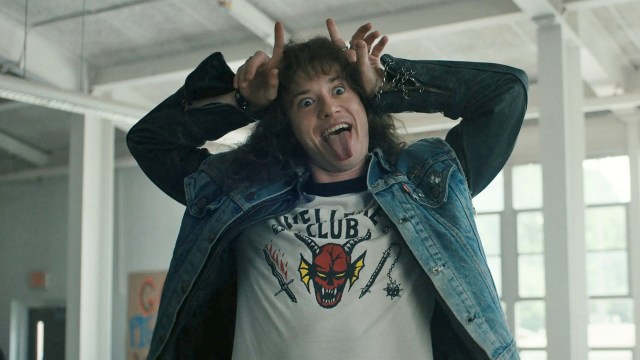 With Stranger Things 4 now complete, fans only want to know one thing: when are we going to get season five? Unfortunately, we’re unlikely to get an answer to that question for a long while yet. The Netflix smash’s fifth and final season is a ways away from going before cameras, as the writing team hasn’t even officially started penning the scripts yet. And if you were hoping for creators the Duffer brothers to come along and clear the mystery up… Well, you’ll be sorely disappointed.

The Duffers were asked the million-dollar question while chatting to Collider, and their answer could not be more frustrating to fans desperate for some concrete info on when we can expect Stranger Things 5 to hit Netflix. According to Matt Duffer, it “depends who you ask,” as everyone on the crew would love as much time as possible to get prepped before the cameras are switched on. As Duffer explained:

Matt Duffer went on to elaborate that there are so many plates that need to be simultaneously spun when making a show that operates on the scale of Stranger Things that the producers have to find a sweet spot between allowing the crew to do their jobs to the best of their abilities while also not holding off on filming for longer than necessary. He continued:

“It’s just the balance of, ‘Okay, how much are we willing to compromise to get the show out sooner? Is it more important to give everybody the time that they need to get this right, without being indulgent?’ I’m sure we’ll figure out what that line is, but my whole thing was I was never super worried.”

The brothers seem surprisingly laid-back about the challenges of bringing what could be the most highly anticipated final season of a TV show since Game of Thrones to life, but hey, if they say they’ve got everything under control, then maybe we can relax a little. As things stand, season five looks to have a much smoother production process ahead of it than the COVID-stalled season four, so that’s encouraging. Even so, a wait of a couple of years seems most plausible. Smart money is on Stranger Things 5 dropping sometime in 2024.