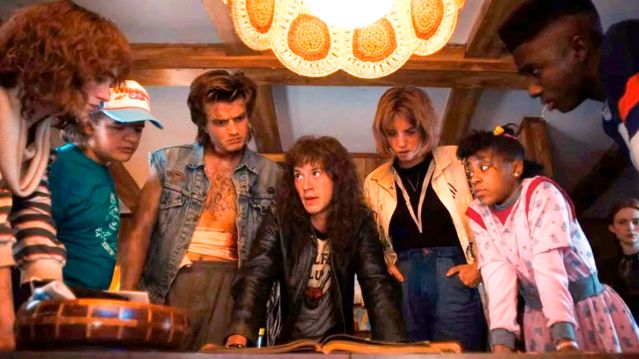 Netflix’s Stranger Things has mined nostalgia for bygone eras in which people could afford homes and college educations to great success, and with its fourth season concluded, Matt and Ross Duffer say they want a new cut to look like VHS from the period.

“Skip the VCR, hit it a couple of times, put it on Netflix. At least the nerd in me loves it, the nostalgic factor. We had our colorist do the opening scene of Season 1 pan and scan for us.”

Ross Duffer makes the above comment above in an article published by Collider today. His brother Matt says in the piece they are open to doing so with at least the first season of the show. Pan and scan was how theatrical films were converted from their aspect ratios to ones suited for home viewing prior to the widescreen format and Matt Duffer says if it does occur it would be a standalone offering on the streaming service and not an embed within the Stranger Things hub viewers already know now.

“[I]t wouldn’t be embedded; it’d be its own separate thing. Like Stranger Things VHS, whatever it is. I’m excited about it, we’ll see if it happens.”

Nothing is official at this time aside from the fifth and final season of Stranger Things, a spinoff the Duffers have promised will be completely different from the original show, and the pair have also formed a company to make more content over at Netflix, including an adaptation of a work from one of the show’s creative influences, legendary horror and crime writer Stephen King.