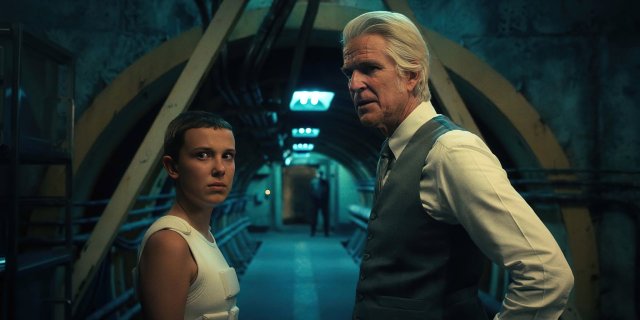 Stranger Things fans have learned to accept an unending stream of fantastical concepts over the years, from a secret laboratory full of telepathic kids to an evil alternate dimension to the idea that 30-year-old Joe Keery is still in high school. But folks are now calling out what has to be the single most unrealistic thing the series has ever presented, and it’s got nothing to do with the show’s supernatural elements.

Believe it or not, it actually concerns Eleven’s wig. Back in season one, Mike and friends attempted to disguise the fugitive El as a regular girl by giving her one of Nancy’s old dresses and a blonde wig. You might not have thought much about El’s surprisingly effective costume before now, but one fan who’s just completed a rewatch ahead of next week’s new episodes has pointed out how ridiculously high-quality her wig is.

Other fans concurred with the statement, especially anyone with a history of cosplay.

Let’s just say it’s a magic wig and a wizard did it.

The real mystery isn’t the wig’s changing quality but how Mike and co. turned out to be such ace hair stylists.

It’s worth pointing out that Mike specifies it’s not actually a discount store wig as it once belonged to his sick grandma, but again there’s no explaining how the guys put it on right.

Clearly, this is a case of the Stranger Things hair and costuming team being too good at their jobs as a lower-quality hairpiece or less impeccable fitting would’ve helped viewers swallow the role this improbably Hollywood-level wig plays in the plot. Watch out, though, creators the Duffers might ‘George Lucas’ it with a worse wig before long.