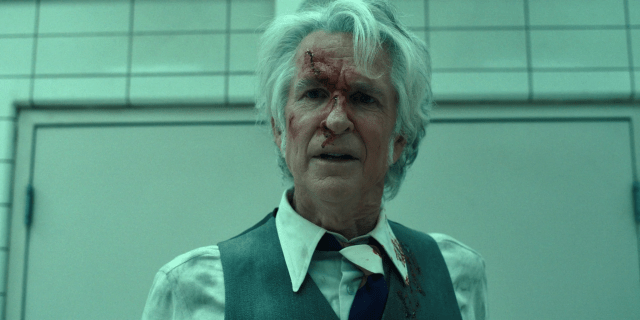 The Duffer brothers have famously avoided killing off members of the main cast of Stranger Things, so long as they’re ultimately a character that audiences cheer for. And for what ire it’s drawn from viewers who demand more realistic results in a show about interdimensional monsters and psychic teenagers, the approach has served them quite well.

Unfortunately for Dr. Martin Brenner, not many people were holding out for his survival, and he ultimately met his fate at the hands of some gunfire, making him the first of the original main cast to be killed off. In light of such a historic occurrence, some folks over at r/StrangerThings have begun an egregiously one-sided debate over whether Brenner deserved to have some tears shed for him.

It was an emotional moment for Eleven, for whom Brenner served as a sort of father figure, despite his unforgivable track record of abuse. But she bravely confronted the dying man, recognizing his intent but ultimately not forgiving him, despite the certain storm of emotions she was likely having about the sight.

But there wasn’t an ounce of sympathy in sight for Brenner himself, with just about everyone agreeing that he got what he deserved. Although, one user pointed out that there’s a certain melancholy in a show losing one of its best villains, as well as the scene definitely having an emotional impact insofar as it affected Eleven.

Another user admitted to cheering for Brenner’s death, no doubt the third biggest cheer-worthy moment in the show after that scene in “Dear Billy” and when Eleven weaponized a roller-skate.

But it wouldn’t be a complete wave of disagreement without a healthy dose of sarcasm.

Time will only tell who’s going to be next on the chopping block, and as far as the rest of the main cast goes, we don’t think those deaths would be welcomed quite as much as Brenner’s, to put it lightly.