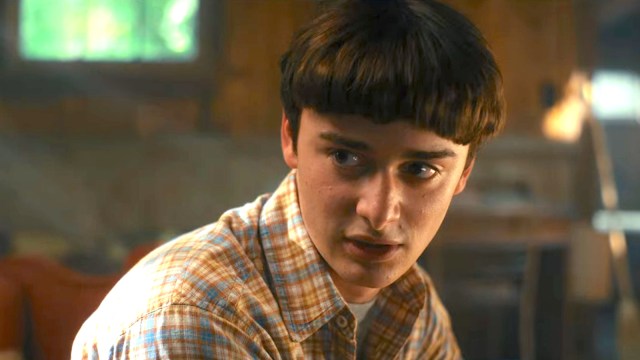 From Steve Harrington’s effervescent hair to Eleven’s iconic shaved head, the cast of fantasy mega-hit Stranger Things have sported some memorable looks over the past four seasons. But there is arguably no hairstyle more recognizable than the infamous bowl cut belonging to Will Byers (Noah Schnapp), which was the undeniable talk of the town during the show’s feature-length fourth season.

Over on r/StrangerThings, user u/Rachxpotate posted a depiction of Byers’ haircut — which he has showcased from the series premiere — and unapologetically demanded that the writers keep Will’s “bad bitch” bowl cut for the show’s much-anticipated fifth and final season.

Without skipping a beat, Stranger Things stans and other passionate users immediately gathered in the comments to share their opinions on the matter — with many folks agreeing with the OP.

Several other users admitted that while they are fans of the bowl cut, they definitely wish the writers would clean it up for Will and give it more of a proper style.

On the other hand, some users strongly believe that Will should ditch the hairdo altogether and welcome a hairstyle that boosts his confidence.

Regardless of which haircut the writers decide to pursue for Will in season five, there’s simply no denying Will’s overall importance to the show’s success. And, while it’s true that the Duffer brothers could decide to switch up Will’s style and allow him to grow up and sport a fresh appearance, his notorious bowl cut will always be a part of his legacy even after the series has concluded.

Stranger Things is available to stream worldwide on Netflix.