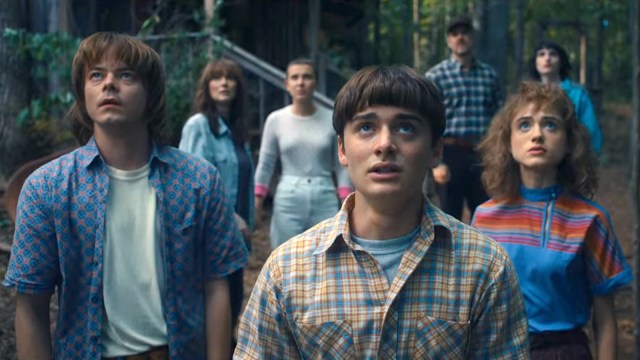 After four highly successful seasons, Netflix’s hot commodity Stranger Things is coming to an end — and the show’s upcoming fifth season looks to certainly up the ante. News that season five would mark the show’s last was announced back in February, prompting fans around the world to prepare for the final curtain call for a plethora of fan-favorite characters — which infamously includes David Harbour’s Jim Hopper.

While chatting with Collider, Harbour touched upon the specifications surrounding season five, which includes the Black Widow star revealing that the upcoming final season will hit a “home run” with the overall audience, all while Harbour detailed that season five will likely be shorter than the super-sized episodes featured in the series’ fourth season. As Harbour noted:

I know those Duffer brothers are very specific, and I know they want to get that last season. I mean if you look at Season 4, I have a feeling that Season 5 may not be as long, but it certainly will be packed to the brim with good stuff that you love. I mean, they really are getting better at giving you that home run that the audiences love. And I think that Season 5 will do that so much.

Without question, the final season of the fantasy phenomena will pack plenty of tear-jerking moments and present itself as an emotional ride for the ages. And considering the popularity of the series, which shockingly surprised Harbour, it’s highly likely that the aftermath of the final season will be the talk of the town in headlines and all over the internet. Who knows, maybe Harbour will even return to his iconic ‘dad’ form, complete with a lovable beer belly and head full of locks.

Ahead of its final farewell, all four seasons of Stranger Things are available now to stream on Netflix.