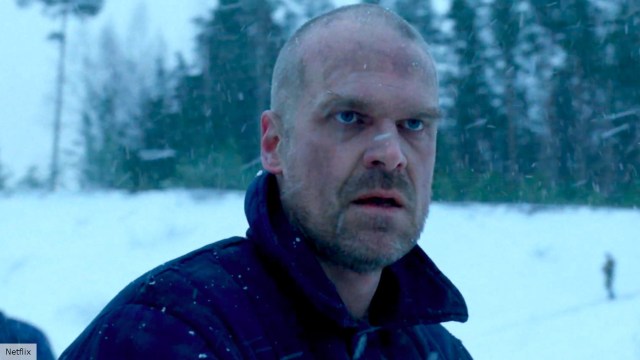 For one reason or another, perhaps chemical machinations too complicated and subtle to be properly explained by man, people usually find “dad bods” quite attractive, something that apparently comprised a huge portion of Jim Hopper’s identity in the first three seasons of Stranger Things.

Alas, as all good things come to an end, David Harbour also lost his dad bod due to incarceration at a Soviet Union labor camp. You know the deal; you get worked to exhaustion every day under inhuman conditions and have scraps for meals, and you can bet that belly fat will disappear right off.

For Harbour himself, losing the dad bod didn’t have so much to do with continuity issues, but rather the actor’s own preference to shake things up every now and again. At least that’s what he told Variety recently when talking about what it was like to lose 75 pounds for the fourth season of Stranger Things.

“‘I don’t want to play the same notes,’ he said. ‘So I said let’s go for it and have him lose weight and shave his head and do something that is such a dramatic difference from Season 3. I’m sorry for all the fans who lost the dad bod, but I will tell you this: David Harbour will have dad bods in the future, I have no doubt.’”

Hopper is now back at Hawkins, and we still have a while until the Duffers and the rest of the crew return to shoot the final season, so let’s hope that being thrown into his old lifestyle will get us the dad bod back.

We know you hate to get too method, David, but sometimes, you have got to take one for the team.