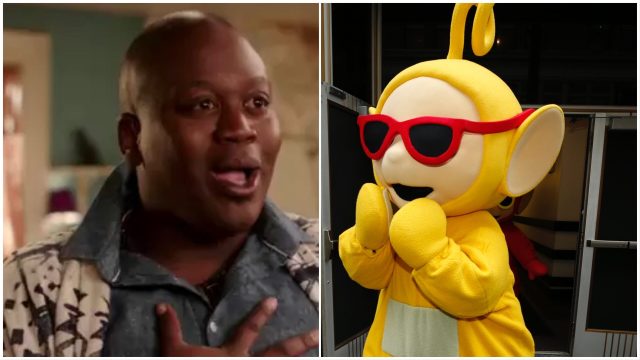 The Netflix streaming service, ever embroiled in the content arms race, has often plumbed older IP’s and made them new again. They resurrected Arrested Development, and, now, are bringing back everyone’s favorite U.K. children’s show born back in 1997.

Yes, the Teletubbies are returning. The company broke the news in a tweet published earlier today. Tinky Winky, Dipsy, Laa-Laa and Po are returning, along with new narrator Tituss Burgess of Unbreakable Kimmy Schmidt and countless-meme fame. The show will have the characters exploring their world once again. It will make its official premiere in November, and, The Hollywood Reporter piece does not reveal an episode count.

The original show came to the U.S. a year after its debut abroad and first aired domestically on PBS. In 1999, right-wing weirdos claimed the show pushed a LGBTQ+ agenda because Tinky Winky carries a bag, is purple, and his antenna is shaped like a triangle. The notion was denounced and disputed by officials behind the production. Right-wing weirdo reaction to the casting of Tituss Burgess, who modestly referred to himself in a Guardian interview as “probably the most boring of the rainbow of gay men,” has yet to emerge. This is not the first reboot of the property. Another aired in 2015 before wrapping around 2018 and it is streaming.

Specifically, episodes of the original are currently on Pluto TV. It is not known if any prior actors are reprising their roles. Several have been different between the original run and the second revival, and, the baby in the sun who was first on the piece is now a grown adult. She was paid only $250 for doing the project and was given a box of toys to take home after filming concluded.