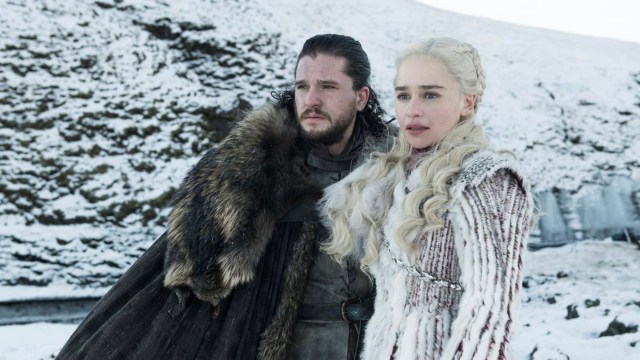 Even a decade-plus after it first premiered, Game of Thrones remains one of the wonders of television storytelling. Over eight seasons and 73 episodes, this was a show that was continuously able to surprise and stun its audiences with its brilliant plot and refusal to play things safe. There are moments throughout the series that every fan will remember; the Sunday nights when seemingly the entire world tuned into to this tale of fire and ice. While Game of Thrones was never a show that relied on twists, it surely had plenty of them, and some of its best episodes featured a slew of the most shocking moments in television history. If you have yet to watch the show, this isn’t the list for you. Spoilers abound! If you have, check out our list of ten best episodes of GoT, ranked.

While this is more of a set-up episode than one of the most explosive of the series, there is still plenty of content to enjoy here. Battles are awesome, but Game of Thrones was arguably at its best in the quiet moments. “Kissed By Fire” features, among other things, the first love scene for young, know-nothing Jon Snow (in which he famously does that thing with his tongue), Grey Worm’s first substantial appearance, and a fire-sword fight. The pinnacle of this episode, however, comes in perhaps its quietest moment. Up until this point in the series Jamie Lannister was a quintessential heel, the handsome but loathsome knight with not a shred of dignity. But here, we get a glimpse, if only for a moment, of the man underneath all that bluster. To paraphrase The Big Lebowski, “The Kingslayer” is no name no one would self-apply and here we get the story of how he came to be called that for the rest of his life. Honor is a slippery thing in Westeros and Jamie gives us an idea of how difficult it can be to maintain such a thing as the world literally burns around you. It’s a theme that comes up again and again throughout the series but this is one of the best moments of it made plain.

“The Watchers on the Wall” brought us the long-gestating battle between The Night’s Watch and The Wildling army, bringing Jon Snow’s storyline to a head after several seasons. Unlike any other battle to this point in the series, we get a full-glimpse of the northerners unique strength which includes wargs, giants and mammoths (oh my!). It also brings us the heart-wrenching showdown between Jon and Ygritte. They are a long way from the cave now and things are not nearly as romantic here, but they do get to share a moment of catharsis as Ygritte dies in his arms.

Hold the door! Hold the door! Hodor!! We get a lot of origin stories throughout Game of Thrones, but nothing quite like that of the gentle, and mostly wordless, giant Hodor. Through a lot of time-jumping and vision-questing from our favorite trippy weirdo Bran Stark, we are given a vision of Hodor as a young boy. It’s here that things get a bit confusing but in the kind of circular time-travel logic we learn that young Hodor was, in a way, presented with his fate, and eventually his name, by Bran himself. As he desperately holds the door, keeping the wights from catching up with Bran, we cut to him having a seizure as a boy, repeatedly yelling “hold the door” until it eventually becomes a slurred version, “hodor.” What a way to go out.

In a variation on the “battle” episode, “The Mountain and the Viper” gives us a prime example of a “fight” episode. Rather than having a big, army against army melee, here we are building up to one single battle. The Mountain, given name Gregor Clegan and Oberyn Martell aka The Viper, face off in a duel for the ages. This fight is notable for not simply being a battle of two adversaries, but a trial by combat. At this point in season four, Tyrion is on trial for the murder of King Joffrey, an event that made a lot of people sad and no one was excited to see at all whatsoever. Oberyn, in this case, is fighting on behalf of Tyrion, though his reason for doing so is solely Tyrion related. He believes that The Mountain was the one responsible for the death of his sister Elia, and wants to exact revenge in the guise of this trial. Things don’t quite go as planned, however, and we are witnesses to Oberyn’s painful, horrific death at the hands of The Mountain. Thus not only removing one of the show’s most endearing characters in Oberyn, but setting up Tyion’s own execution as well.

This one has a lot going on. After the previous week’s “Battle of the Bastards” – one of the aforementioned “battle episodes” – “The Winds Of Winter” gives us the kind world-spanning action GoT does so well. Arya gets revenge for the Red Wedding, Jon becomes the King in the North, Tyrion becomes Hand to Daenerys, and Cersei goes nuclear on pretty much all of King’s Landing. But, above all, this is where we finally get confirmation on what Reddit boards had been theorizing for years. In another of Bran’s visions, we learn that Jon Snow is, in fact, not a snow at all. Instead, he is a Targaryen, whose parents are Ned’s sister Lyanna Stark and Rhaegar Targaryen. It’s a shocking turn and one that certainly changes what we know about Jon Snow.

This is the first hint that, gulp, winter is here. No longer are the White Walkers some theoretical force beyond the wall that might one day be inconvenient to the seven kingdoms. Here, we get a glimpse of how real and grave the threat truly is as Jon and his Wildling allies try to fend off the town of Hardhome against the attack from The Night King and his army. This episode is directed by Miguel Sapochnik, who would go on to direct several of Game of Thrones’ most memorable episodes and is now showrunning the new prequel series House of the Dragon.

Joffrey Baratheon and Margaery Tyrell finally tie the knot and all is well in Westeros! Or, you know, not at all. By this time in the series, we know that weddings are not exactly joyous affairs (more on that later), and this one is certainly no different. There are a lot of devastating deaths on Game of Thrones; characters we know and love finding their untimely demise much to the chagrin of viewers everywhere. Then, there’s “The Lion and the Rose.” Joffrey Baratheon will go down as one of the most despised characters in television history, and so seeing him choke on his own wine at his own wedding was not exactly a tear-jerker. We don’t want to say we were cheering but…wahoo! Of course, this also leads to Tyrion being accused of said murder so, as always, things are not completely joyous.

“Baelor” is the episode viewers realized they were watching something unique, a story that did not pander to the audience’s basic desires. George R.R. Martin wasn’t interested in telling a story of heroism. Instead, he conveyed the message of how good guys die can just as easily as the evil ones. Still, even the most pessimistic of viewers could not have seen Ned Stark’s death coming. Even as the sword descends upon his head we are conditioned to expect a last minute out for our assumed hero. Nope. Ned, it turns out, was far too honorable for his own good; a lesson his two daughters were forced to witness first hand. This, more than anything in the first season, is the catalyst for the remainder of the series. Revenge must be taken, honor restored and the evil made to pay. Further spoiler: things don’t work out quite that way.

“Blackwater” marks our first true battle episodes of Game of Thrones, a wall-to-wall epic up there with any in fantasy movie or television history. This one had a lot going on, but we’ll try to fit it all. First, we have Stannis Baratheon attempting to take King’s Landing by force, laying siege to the city and killing every Lannister in sight. And for the mighty Lannisters, things are not looking good, at least not early on. Despite Tyrion’s brilliant Wildfire gambit, Stannis’ forces move in on the city with relative ease, leaving Cersei, Joffrey, and Tyrion with little option and even less hope. That is, until Tyrion makes his stirring speech upon the battlements, giving the soldiers new life. Tyrion’s ability to make a difference in hand-to-hand combat is questionable at best, but the man can surely talk and this is just one of many examples of him inspiring hope among the hopeless. It’s hard to watch his speech and not wanting to kill some Baratheon soldiers myself, even if that means…fighting for the Lannisters. Yuck.

This, more than any other episode in the series history, was the one that even Game Of Thrones agnostics couldn’t avoid hearing about. “Breaking the internet” is a very early 2010s idea but, seeing as this episode first appeared back in June of 2013, it feels appropriate. What’s funny is most people would likely assume this episode was called “The Red Wedding,” as that is the name the internet adopted for the bloodshed and carnage that took place in the home of Walder Frey. Whatever you might call it, this was one of the most shocking moments in television history. Two of the show’s most primary characters are unceremoniously slaughtered with very little resistance, taken by surprise in their most vulnerable moments. What’s truly great, though, about “The Rains Of Castamere” and what makes it the number one episode on our list, is the action that surrounds The Red Wedding. There are a lot of GoT episodes that pack a punch, but this one comes at a particularly strong part of the series. We not only get shock and awe, but we get a solid helping of what this writer would argue might be the best relationship the show ever fostered: Arya and The Hound. Watching these two stubborn, violent, but ultimately big-hearted characters trade barbs was always a treat, and “The Rains Of Castamere” is no exception. We also get a good deal of plot out of both Jon Snow’s tribulations with the Wildlings and Bran’s early warging. Every episode of Game of Thrones has something to offer, but this one takes the cake.