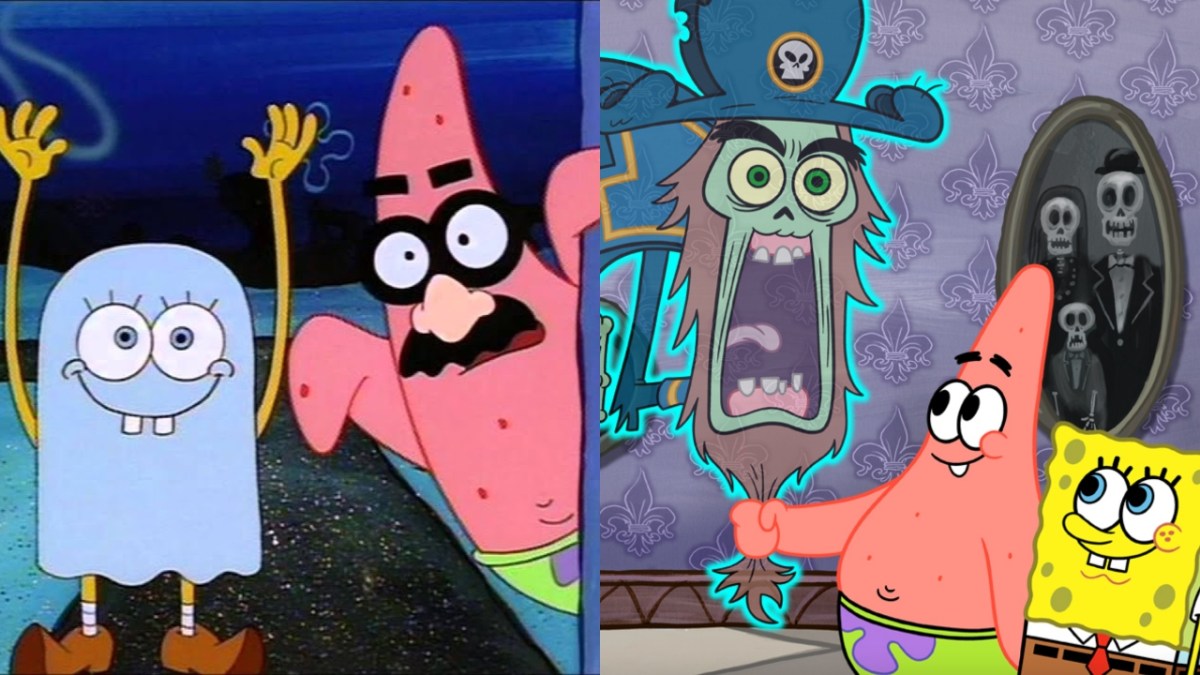 For nearly three decades — yes, three decades! — Stephen Hillenburg’s ever-popular animated series SpongeBob SquarePants has routinely entertained viewers of all ages. After airing its premiere episode on July 17, 1999, the series eventually caught momentum, and has since become a staple in worldwide media and entertainment. With a cast of colorful characters and gifted voice actors, it’s no wonder SpongeBob and the gang have established their legacy in the realm of animated television.

Throughout its boisterous run, the engaging series has generated an abundance of holiday themed specials — several of which showcase an eerie narrative that echoes themes of Halloween. And, while Halloween is not societally considered to be a national holiday, a handful of episodes perfectly fit within the spooky umbrella.

So, with Halloween just around the corner, here are the 10 best SpongeBob SquarePants Halloween episodes, ranked.

Any episode that features The Flying Dutchman is guaranteed to pack a plethora of scares and genuinely terrifying moments. In the seventh episode of the seventh season, SpongeBob and Patrick accidentally remove The Flying Dutchman’s iconic beard with a lawnmower. As a result, The Flying Dutchman turns the joyful duo into soulless ghosts — placing a curse on them in the process until his beard grows back. The episode is chock-full of humorous moments, and with a ghostly theme and inclusion of a cemetery, it gives off the perfect Halloween vibe.

Considering this episode’s title is a parody of 2011’s slasher A Cabin in the Woods, it makes complete sense that it would be included on this list. In “A Cabin in the Kelp,” Pearl and her friends whisk away to a cabin for the weekend. Unbeknownst to the rest of her friends, Pearl has brought SpongeBob along to play pranks and cause amok. However, after Pearl’s friends tell a spooky urban legend around the campfire at night, the entire gang becomes petrified that the story is true. It’s a must-watch episode that definitely echoes that familiar Halloween feel.

“Don’t Look Now” is the perfect episode on par with the fear factor surrounding Halloween. In the fast-paced episode, SpongeBob and Patrick head to the movie theater to watch a horror movie — although Squidward strongly advises them against it, claiming that the pair will become too frightened. Unsurprisingly, Squidward turns out to be right, and both SpongeBob and Patrick are scared beyond belief. Upon leaving the theater, the duo convince themselves that the villain from the horror movie is after them — seeing the movie monster in shadows and innocent civilians. This episode is chock-full of hilarious moments that teeter on the ‘scary’ scale.

See, what did we tell you? Almost every SpongeBob episode featuring The Flying Dutchman packs a terrifying punch that tingles the spines of eagle-eyed viewers. In this spooktacular extra-animated episode, The Flying Dutchman has one task on his agenda: to scare SpongeBob on Halloween. Of course, the premise alone sounds frightening, but the lengths to which The Flying Dutchman goes are actually humorous. Plus, it makes the comedy that much funnier considering how easily SpongeBob gets scared. As a result, this episode rightfully deserves a spot on this chilling list.

If there’s one thing about SpongeBob and Patrick, they’ll surely always find themselves in peculiar situations. In the tenth episode of the eighth season, our beloved duo stumble upon a houseboat that is swarming with the ghosts of dead pirates. The undersea pair encounter an apparition named Lord Poltergeist, and the rest of the episode is filled with otherworldly supernatural occurrences and a boatload of memorable moments. Without breaking tradition, The Flying Dutchman makes a lively appearance, seeing as this is considered to be a Halloween episode.

There’s just something nostalgic about the early days of SpongeBob that snaps plenty of folks back to their childhoods. From the very first season, “I Was a Teenage Gary” stands out as one of the most memorable episodes of the entire animated series. In the episode, after SpongeBob stumbles upon a strange syringe containing snail plasma, he becomes hauntingly injected and turns into a snail. It’s an episode full of eerie scenes and unforgettable lines of dialogue that truly drill that Halloween vibe — and seeing as the episode was released just three days shy of Halloween, it fits the bill.

Another iconic episode from the first season, “Rock Bottom” presents one of the most terrifying situations for the titular character. And, although this episode isn’t technically a Halloween episode — seeing as it was released in March 2000 — its general vibe is one that is familiar with the bone-chilling atmosphere of Halloween itself. In the episode, SpongeBob gets lost after leaving Glove World with Patrick, only to become trapped in an undersea zone called Rock Bottom. While stranded, SpongeBob experiences anxiety due to isolation, and spends the entire episode desperately trying to return to Bikini Bottom. It’s a chilling adventure that definitely deserves a spot near the top.

The Halloween-esque spirit is certainly in the episode’s title, isn’t it? In “Krabby Patty Creature Feature,” SpongeBob must swap his squarepants for a heroic cape after a disastrous new Krabby Patty formula causes the residents of Bikini Bottom to transform into terrifying creatures — including notable fan-favorite characters like Mr. Krabs and Sandy. In the end, SpongeBob eventually gets the population of Bikini Bottom back to normal, but the endless list of hilarious moments and spine-tingling realization of viruses is enough to scare anyone.

Regarded as one of the most iconic episodes in SpongeBob lore, it would be a travesty to not include “Graveyard Shift” in the top two best Halloween episodes for the show. In the episode, Squidward and SpongeBob work the night shift at the Krusty Krab — although the spooky environment quickly causes SpongeBob to become paranoid. Eventually, SpongeBob manages to scare Squidward with his paranoia, and the two believe that a monster called the Hash-Slinging Slasher is after them. It’s a wild episode with plenty of laughs that is just perfect for Halloween marathons.

You just can’t seem to beat the classics. From the show’s beloved first season, “Scaredy Pants” is undoubtedly the best SpongeBob Halloween episode. Throughout the first half of the episode, SpongeBob is dubbed with the nickname “SpongeBob ScaredyPants” by his friends and peers, seeing as he’s constantly getting scared on Halloween. However, SpongeBob decides that this year, for Halloween, he’s going to dress up as something scary to test his fears. With help from Patrick, SpongeBob dresses up as The Flying Dutchman and hatches a plan to scare everyone in Bikini Bottom. It’s a truly iconic episode that will go down in history as one of the best animated Halloween episodes.