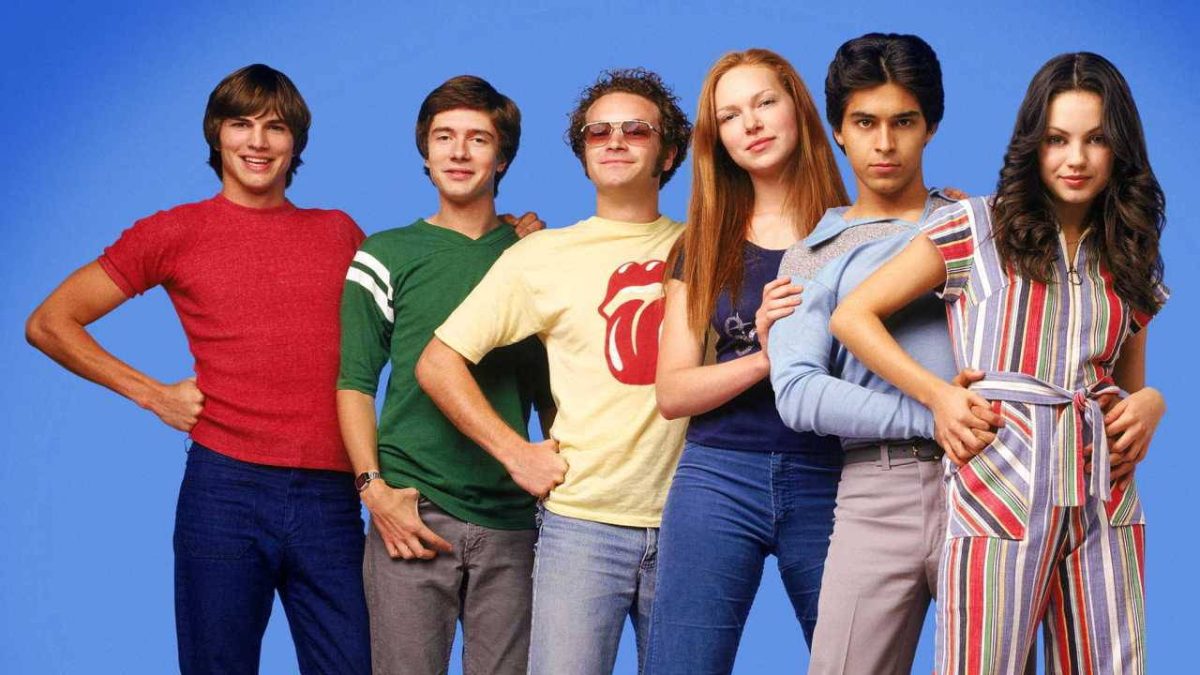 Everything old is new again. That was the premise of the original hit comedy series That ‘70s Show, and that is the premise of the new reboot of the series, That ‘90s Show, which sees parents Red and Kitty Foreman return in a story involving their granddaughter and her rag tag group of friends. When That ‘70s Show first premiered on Fox back in August of 1998, few could have predicted just how popular a series the show became, eventually lasting eight seasons and consisting of 200 episodes, becoming the second longest live-action sitcom in the channel’s history. Perhaps most notable is the success of the actors and actresses chosen to play the teenager in the series.

Ashton Kutcher, Mila Kunis, Topher Grace, and Laura Prepon were all newcomers when they signed on to the series, but have since made significant names for themselves in movies and television. Few shows can boast such a résumé, which is why it makes sense that Netflix is rebooting the series and moving the action to the equally retro 1990s. In honor of the release of the new series, we have ranked the show’s 10 best episodes from worst to best.

“Prank Day,” which premiered in March of 2002, centers around Kelso (Kutcher), who enact a series of pranks on the rest of the guys, part of a tradition he deems “prank day.” Much of the remainder of the episode is focused on their revenge, for which they eventually turn to Red for assistance. Meanwhile, Donna and Jackie bond over the absence of Donna’s mother, in a plotline that helps strike the balance of silly and heartfelt that the show often did so well.

By season three, That ‘70s Show was really finding its footing and becoming one of the most likable shows on television. This episode finds Donna (Prepon) suddenly suspicious of her longtime boyfriend Eric (Grace) because of a pair of panties found in his car. Mystery ensues, but the most memorable moment comes when the gang finds out the true owner of the underwear.

This one is almost exactly as its title suggests, a full-on spoof of the classic holiday movie It’s A Wonderful Life. Eric is reeling from his recent break-up with Donna and makes a wish that the two never would have kissed at all. This summons an angel, in the form of an amazingly cast Wayne Knight, who shows him what his life might look like if they had never been together.

This episode finds Red, the lovably cranky paternal figure of the series, finally losing it and truly cracking down on the misbehaving kids who constantly hang in his basement. When they fail to listen, his war path only grows more intense. Red has always been a fan-favorite within the series and it is this kind of grumpiness that makes his return to the new series such a treat.

That ‘70s Show’s second season premiere, features a plotline that may even be more relevant today than it was when it was released. Kelso, ever the airhead, is making “special” brownies, i.e. edible marijuana, for the gang but is horrified to find Red has accidentally taken one, leading him to sell Eric’s car at the garage sale by mistake. It also features the first bit of romance between Jackie and Fez, a surprise turn, to say the least.

We can’t say whether the plot to this episode is one that is at all believable, but “Canadian Road Trip” sees the gang head across the border into Canada as a way to buy beer before turning 21. As you might imagine, plenty of difficulty ensues, including fez losing his green card. This one also features legendary comedian Tommy Chong playing fan-favorite Leo.

Ah yes, the dine and dash, something that few of us have ever done but definitely thought about. This third season episode finds the gang stranded at dinner after Kelso invites and subsequently ditches them at a restaurant far beyond their means.

This special Halloween episode sees the series take on some of the more famous suspense movies of all time, spoofing many of Alfred Hitchcock’s greatest movies, including Psycho, The Birds, Rear Window, Vertigo, and North by Northwest. It is, however, perhaps most notable for the way Fez rocks the Dr. Frank-N-Furter costume from The Rocky Horror Picture Show.

The Point Place water tower was always a staple of the series and this season one episode uses the iconic location as a plot point as the guys are determined to paint a pot leaf on the tower. Of course, things don’t go as planned and Kelso ends up falling from the tower. Despite this, it’s Eric who gets the worst moment of the episode when he walks in on his parents doing the business’ in the bedroom.

The series’ third season premiere takes one of the pervading themes of the show, the gangs use of marijuana. If you’ve seen the show, you already know about the storied “circle,” the moment in the episode when the gangs’ eyes get red and a gentle smoke billows around their heads. Though they rarely come out and say, it is clearly meant to comment on the relative harmlessness of weed, something that has become more the norm since the series premiered in the early 2000s. This episode takes it more head-on by spoofing the infamous propaganda film Reefer Madness, which was meant to scare adults and children away from the drug in the 1930s. It’s a very clever bit of storytelling and allows for the cast to have a great time acting as if they are themselves in the 1930s as soda-pop chugging innocents on the verge of corruption.