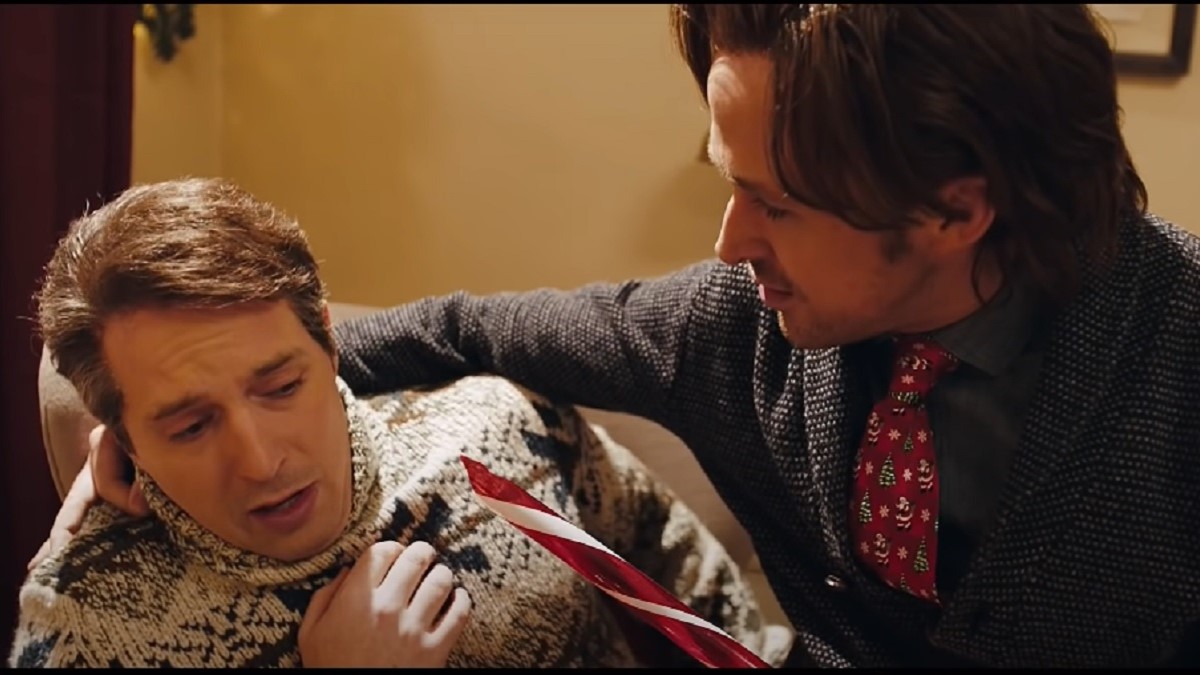 Christmas time! It’s a joyous time of year when you can’t walk ten steps without hearing “All I Want For Christmas Is You” and can’t avoid being bombarded with advertisements for Coca-Cola. It can be stressful, but fortunately there’s a salve: Saturday Night Live Christmas sketches.

When you think about SNL sketches, what comes to mind? Is it Eddie Murphy doing “Mr. Robinson’s Neighborhood: Christmas?” What about the “Bag-O-Glass” or “Dysfunctional Family Christmas?”

The truth is there are so many quality Christmas sketches that it’s hard to decide which are the best and funniest. Regardless, we’re going to try. Here are the nine best.

This uncomfortably sensual Christmas sketch is so twisted and subtle that it should be taught in sketch school. It stars Ryan Gosling, Vanessa Bayer, and Kenan Thompson as elves who intentionally don’t work in the hopes that Santa will spank and punish them.

Santa is played by Bobby Moynihan, and he nails the part of the innocent Santa. Thompson is especially sassy and his facial expressions are so good. At one point he says, “I guess it’s time to teach us a lesson,” and he puts his hands up like they’re tied.

While it does lose some steam at the end, it’s a great premise that was used a few more times.

This is a newer sketch from Eddie Murphy’s return to host the show. The premise is pretty straightforward—a group of bakers make horrible cakes based on a Christmas memory (and one person makes a good one that’s completely ignored).

Murphy is an absolute pro in this one, and calling his cake based on that “speedy rascal” Sonic the Hedgehog is just a nice subtle touch. There are so many great lines in this one, like being asked, “And why is it brown?” and answering “Why is anything brown?” as well as “And are those human teeth in its mouth?”

What really takes this sketch to the next level is when the cake talks in the voice of one of the judge’s grandmothers in an attempt to drag him to the underworld. Inspired!

7. “Drunk Uncle on the Holidays”

You’d be hard pressed to find a better Bobby Moynihan character than Drunk Uncle. It’s just so perfect and relatable that it’s almost impossible not to laugh. He has opinions, and he’s not afraid to slur them.

The “drunk” character has a long and storied history in comedy, dating back to the minstrel days. Also, clowns and their red noses were originally making fun of old, drunk men. While it’s not as popular today, Moynihan does it so well that you forget the implications of over drinking.

6. “Christmastime for the Jews”

This throwback stop-animation-style sketch was on of the classic “TV Funhouse” episodes. It strikes the perfect balance between humor and stark reality. It’s also really fun, and the song slaps.

It’s a retro Phil Spector-like song that sounds like it’s sung by The Shirelles, and it walks through all the things Jewish people do when everyone is distracted by Christmas. A highlight is a rabbi doing circumcisions on “grateful squirrels” in the park.

This one’s a masterclass in family passive aggressiveness. It comes from the early ’90s and features some of the show’s best, including Phil Hartman, Dana Carvey, and Mike Myers. It’s a family album from a dysfunctional family, and it gets better every time you watch it.

Some of the songs include “Let’s Pretend We Like Each Other (This Christmas),” “Can’t You Let It Drop? It’s Christmas,” and “Peace on Earth? Where?” The ending with Carvey singing “Carol of Intimacy” on top of the Christmas classic “Carol of Bells” is worth the price of admission on its own.

We’re really digging into the archives with this one, but it’s such a classic. Candice Bergen, a popular star at the time, plays a newscaster doing a report on dangerous holiday toys. Dan Aykroyd plays sleazy businessman Irwin Mainway and just nails everything about it.

Bergman goes through the toys, with names like “Pretty Peggy Ear Piercing Set,” “Mr. Skingrafter,” and “General Tron Secret Police Confession Set.” You can just tell the writers had a blast with this one.

The highlight of this sketch is Aykroyd explaining why the “Bag O’Glass” isn’t unsafe at all. “We’re just packaging what the kids want.” Indeed.

The beauty of this one is it starts fairly innocently and close to the original. Dana Carvey has one of the best Jimmy Stewart impressions ever, but this thing really gets cooking when the gang goes to Mr. Potter’s and just beats the hell out of him.

It’s so simple, and it’s so beautiful when they throw Jon Lovitz over the desk and bring out a hilarious looking fake body. Carvey proceeds to do a piledriver on him. Just the perfect amount of wacky.

They really had quite the cast back then. Hartman could honestly play anything. RIP.

Can anything top the insane, over-the-top energy of “Santa Baby?” It’s like Pulp Fiction had a baby with, well, something Christmas-like, and this was born. Part of the beauty is the restrained, chaotic energy that Ryan Gosling brings to the table.

Kenan Thompson plays the perfect straight man, and this one just fires on all cylinders. It feels so real and a departure for the show, but it works on every level. Beck Bennett also plays it incredibly straight as well.

Everything contrasts neatly, and when Gosling yells, “Then how the fu** did Santa get here?” it reaches the perfect climax. A true gem.

It’s easy to forget this was a Christmas digital short because it immediately became ubiquitous. “Dick in a Box” was a phenomenon and it’s absolutely one of the best things the show has ever done.

Everything is perfect. The throwback ’90s smooth jam, the clothes, Justin Timberlake’s impeccable glasses, you name it. It also has no business being as catchy as it is either.

Maya Rudolph is great even though she has no lines, and Andy Samberg’s “rap” is simultaneously impressive and debauched. It also has a great narrative arc that pays off in the end, and paves the way for “Motherlover” (another classic).