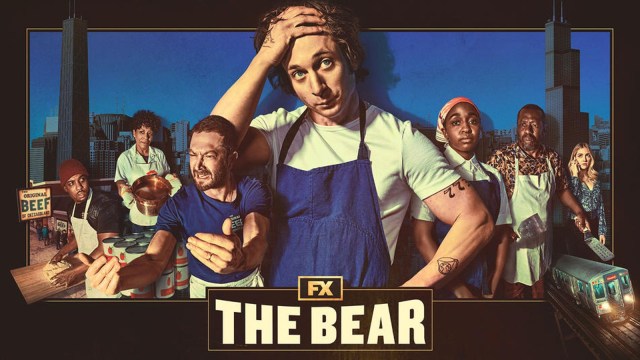 The Bear is serving up a season two after a stellar first season on FX/Hulu. The dark comedy series stars Jeremy Allen White (Shameless) as Carmen “Carmy” Berzata, a top chef who left the rarified air of fine dining and returned to his family’s Chicago restaurant after his brother left it to him following his suicide.

A report from Deadline confirms that we’ll be getting a second helping of Carmy’s story and the trials that come with working in the restaurant business. FX Entertainment President Eric Schrier made a statement expressing the faith and appreciation they have for the series.

“The Bear has exceeded our wildest creative, critical and commercial expectations. We deeply appreciate the brilliant work led by creator and co-showrunner Christopher Storer and co-showrunner Joanna Calo. Jeremy Allen White’s lead performance is spectacular, as are those of his co-stars Ebon Moss-Bachrach, Ayo Edebiri, Abby Elliott, Lionel Boyce and Liza Colón-Zayas. We can’t wait to get to work on season 2.”

White responded to the renewal news on his Instagram, writing “LET IT RIP,” a phrase used in the show, along with the announcement itself. The actor is best known for his role as Lip in HBO’s Shameless, the troublemaking youth with great academic potential. The actor stars in The Bear, his first series post-Shameless, and it’s already made a lot of buzz, currently boasting a 100% on Rotten Tomatoes.

Season one sees Carmen battling his inner demons and fear of failure as he tries to inspire those around him to make the sandwich shop into a high-quality establishment. He gets a lot of pushback from his “cousin” Richie (Moss-Bachrach), who would rather things stay the same, but he finds kinship in Sydney’s (Edebiri) vision of what they could make of the place beyond all the kitchen catastrophes.

Series creator Christopher Storer (Ramy) is also the co-showrunner, executive producer, writer, and director, alongside Calo (BoJack Horseman). In a joint statement, Storer and Calo said, “We are so grateful to FX, our insanely talented cast, our crew who worked hard, fast, and in the dead of winter, not to mention everyone who watched. And we can’t wait to bring you all back to The Bear in 2023.”

Stream The Bear season one on Hulu.