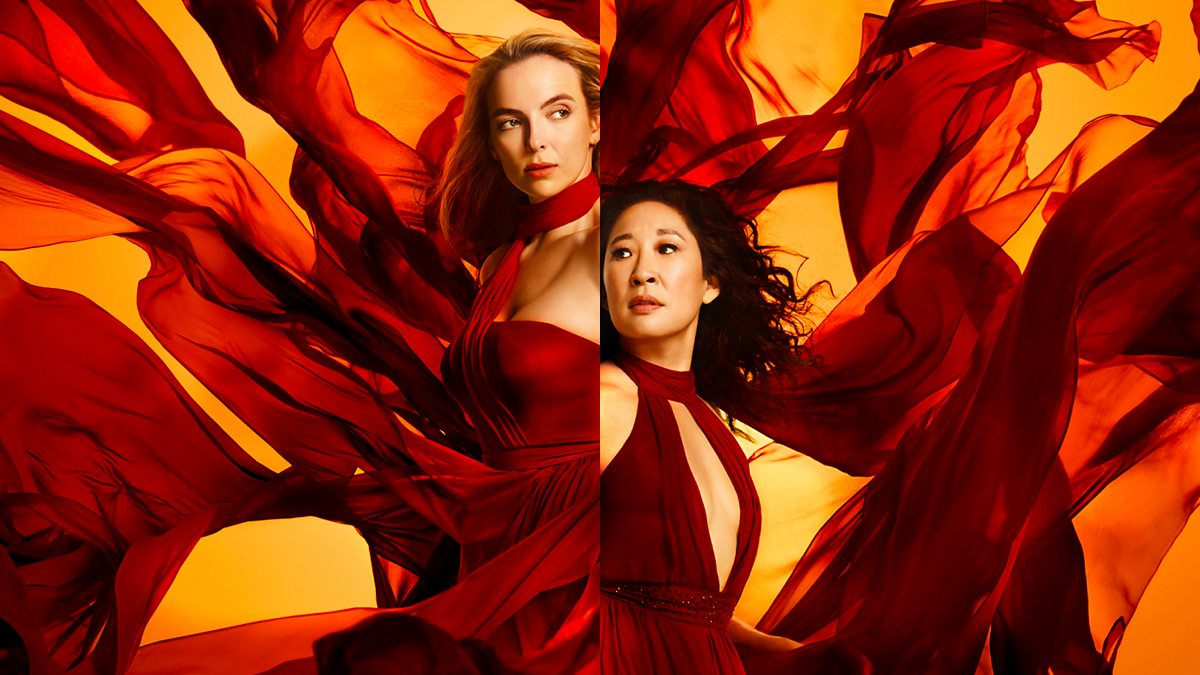 Since its monumental debut in 2018, Killing Eve has garnered a mountain of critical praise and built a devoted fanbase. The series follows Eve Polastri (Sandra Oh), a British Intelligence agent who unexpectedly finds herself caught in a cat-and-mouse game with Villanelle (Jodie Comer), a skilled assassin working for a secret organization. Over time, the two develop an unhealthy obsession with each other, which eventually drifts toward a complicated relationship of deeply-rooted affection.

Created by Phoebe Waller-Bridge, the enticing spy thriller has since garnered a multitude of accolades since its groundbreaking first season. In doing so, the show has included a female showrunner for each season. Its erratic nature, abundance of creative kills, and colorful characters keep it a favorite among fans around the world.

As the award-winning series is set to begin its fourth and final season, a plethora of episodes from prior seasons have shaped its enticing premise. Here are our picks for the best episodes of Killing Eve thus far.

Arguably the most gut-wrenching chapter thus far, the fifth episode of the third season thoroughly dissects Villanelle’s origin story. During the episode, the deadly assassin travels back to her homeland of Russia with the intention of reuniting with her family. Unbeknownst to her, her estranged mother is remarried and has a new family, which Villanelle understandably struggles with. The episode’s climax is a superb rollercoaster of emotions and truly changes the depth of Villanelle’s character overall.

The wheels are fully turning by the third episode of the first season, where an unexpected character death completely alters Eve’s motive. The episode sees Eve, along with her best friend and colleague Bill Pargrave, traveling to Berlin after Villanelle’s latest kill. The episode catapults the toxic dynamic between Eve and Villanelle and undoubtedly establishes their mutual obsession after Villanelle murders Bill in a nightclub.

The finale of season three opens an entire realm of possible love for the Killing Eve fandom, as Eve and Villanelle experience several moments of tenderness between one another. From memorably sharing a dance floor together to silently proclaiming their desire to be in each other’s lives, the episode faithfully unfolds these characters’ layers and shows how beautifully captivating the central focus of their relationship is. Additionally, Fiona Shaw and Kim Bodnia absolutely shine in their roles as Carolyn and Konstantin, respectively.

The pilot episode of the spy thriller initially laid the groundwork for the engaging plot. “Nice Face” perfectly introduces Eve and Villanelle as separate characters, though immediately builds anticipation revolving around their complicated connection and the undiscovered similarities they share. The opening episode of the series features plenty of comedic bits, along with memorable dramatic subplots, setting the show on a course for success.

The fourth episode of the first season features an abundance of genuinely funny moments, especially between Villanelle and Diego, a fellow assassin for The Twelve. After killing Bill and causing a stir, Konstantin forces Villanelle to undergo a mission with both Diego and Nadia, who happens to be Villanelle’s ex from prison. The comedic bits add an extra element of excitement to the show, all while still managing to further intensify Eve and Villanelle’s relationship.

By the middle of the second season, the dynamic between Eve and Villanelle is in full swing. Desperate, Eve enlists the help of Villanelle in order to learn more about The Ghost, a quieter assassin that seemingly won’t budge. On the other end, Villanelle believes that Eve is her next target. The dialogue and character exploration in this episode borders on perfection, especially when Villanelle travels to Eve’s home, where fans experience a second tension-filled kitchen scene.

The seventh episode of the second season fully explores the mangled psyche of Eve Polastri, who is slowly coming to terms with her explosive obsession with Villanelle, so much so that she outright admits that she spends most of her days thinking about the Russian assassin. In the episode, Villanelle evokes her “Billie” persona, which aids in gaining the trust of Aaron Peel, a tech CEO that Eve and Carolyn are thoroughly investigating. The episode is dramatically tense and features some memorable moments.

3. “I Have A Thing About Bathrooms”

Much like its season two counterpart, the fifth episode of the first season features a string of highly-intense moments as Eve and Villanelle officially come face-to-face in Eve’s kitchen. The two have dinner together, with Eve probing Villanelle on several topics including The Twelve organization and her murder of Bill. The confrontation includes several comedic bits that feel incredibly natural to the show’s pacing while ultimately highlighting Eve and Villanelle’s relationship with plenty of tension and drama.

“God I’m Tired” resulted in the culmination of tension and drama built around the entire premise of the first season. After Eve, Carolyn, and Kenny fail to capture Villanelle, Eve takes it upon herself to explore the tendencies of her obsession by visiting Villanelle’s Paris apartment on her own. In an intimate meeting, Eve and Villanelle both express the lengths of their obsession to each other, including Eve admitting that she thinks about Villanelle all of the time. Despite the intimacy, Eve enacts revenge by stabbing her adversary, much to Villanelle’s surprise. The season one finale perfectly executed the toxicity of the duo’s relationship, and the rest is history.

Much like season one’s finale, the finale of season two brought an unexpectedly wild ride to the show as a whole. Throughout the duration of the episode, the beloved duo faced their biggest obstacles when working together to complete the operation of stopping Aaron Peel. The finale ended on a jaw-dropping cliffhanger, which saw Villanelle proudly confessing her love to Eve only to shoot her enemy-turned-lover in the end. The captivating finale left dedicated viewers simply guessing, and for many, it felt like the perfect ending to a fantastic season.