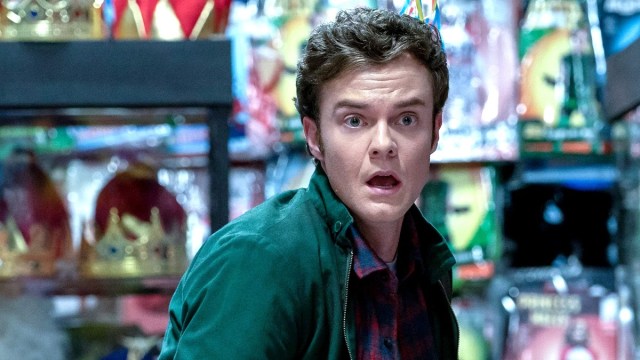 The Boys may have been dethroned from its spot atop the Amazon charts by The Rings of Power, but after a barnstorming third season, the superhero satire’s profile has never been higher. And yet, star Jack Quaid isn’t being truly faithful to Amazon Prime, taking to Twitter to heap praise onto one of Netflix’s best shows.

This is the excellent animated show Arcane, a League of Legends spinoff that goes way beyond what you might expect from a video game adaptation. Perhaps because of that connection, it hasn’t gotten the mainstream attention it deserves, but practically everyone that tunes in loves it.

Quaid is clearly no exception:

It’s worth pointing out that Arcane is one of the few shows to have a perfect 100 percent rating on the Tomatometer, backed up by a 96 percent audience approval score. Most of the positive reviews underline that no prior knowledge of League of Legends is required to enjoy the show, as it presents a story that complements the game rather than directly adapting it.

It’s since been garlanded with awards, cleaning up with nine wins at the animation-focused Annie Awards, on top of scoring two Emmy Awards for Outstanding Animated Program, and for Outstanding Individual Achievement in Animation.

After all that success a second season was quickly confirmed. That’s now in full production and aiming for release in 2023, and if it can match these heights, we can’t wait. We can’t emphasize enough that Arcane isn’t a show to sit on, so if you haven’t climbed aboard this rollercoaster; make it a priority, because we guarantee you won’t be disappointed.

Arcane is streaming in full on Netflix.