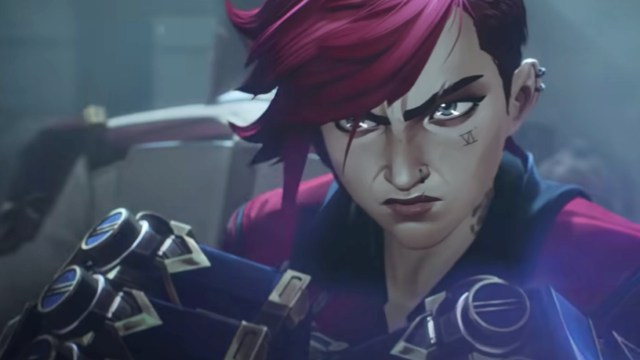 Fans were ready for more of Netflix’s Arcane the moment the credits rolled on the first season’s finale.

The animated series is based on Riot Games’ League of Legends, and earned a cult following thanks to the its artful world-building, as well as its cast of engaging characters. The show’s first season left viewers on the edge of their seats for what comes next.

A second season was announced as soon as the first season wrapped, so fans know more is yet to come, but details around Arcane season two are still scarce. Here’s what we know so far.

When does season two of Arcane release?

The first season of Arcane reportedly took a whopping six years to make, so fans should buckle in for a potentially lengthy wait. It probably won’t take another six years for season two, but audiences should prep themselves for longer wait than other Netflix offerings. We already know that season two won’t be hitting the platform in 2022, but 2023 remains a possibility.

The first season dropped in three chunks throughout November 2021, so it seems likely that season two will follow a similar release schedule — perhaps in the fall of 2023.

This article will be updated with precise dates when they are announced.

Which characters will return?

Season one left off on a major cliffhanger, with numerous characters’ lives hanging in the balance.

In the final moments of season one, Jinx embraced her most violent tendencies and set her sights on the elite of Piltover. The devastating weapon she fired at Piltover’s council chamber is all but guaranteed to claim at least a few lives — but even if it doesn’t, the deal the council had moments ago approved is all but certainly a bust. Why would they grant Zaun its independence after suffering an attack from the Undercity?

Characters like Vi, Caitlyn, Jinx, and Ekko will almost certainly return for season two, but characters like Jayce, Viktor, and Mel may not be so fortunate. They were all in the crosshairs when Jinx fired her weapon and, despite some very impressive abilities, they may not have what it takes to survive the attack. Viktor, at least, appears to be at the start of a complex and intriguing character journey, and so will likely return, but the council members may not be so lucky.

There’s also the question of if season two will follow a different cast of characters. League of Legends is absolutely stacked with popular characters, and fans of the video game would love to see more of their favorites adapted for the small screen. It seems unlikely that Arcane will completely shift gears after providing fans with just enough background to completely fall for Vi, Jinx, and the others, but new characters are all but certain to crop up in season two.

Fans should expect Vi, Cait, Jinx, Ekko, Heimerdinger, and Viktor to return in season two. Other characters like Jayce, Mel, Sevika, and Ambessa Medarda are also likely to return, but are less assured. All of these characters had major roots laid in season one, however, so it seems probable that they’ll at least get a mention in season two.

What do we know about the plot?

Little is known about season two’s storyline, but fans have been speculating about its potential direction since season one first aired. The ending of Arcane‘s premier season indicates that the story will continue where it left off, however, thanks to the cliffhanger ending and a set of voiceovers from members of the main cast included in the teaser for season two.

The voiceovers indicate that season two will see, at least in part, Cait initiate the hunt for Jinx in the wake of her attack on the council chamber. This leaves Vi to choose between Cait and her little sister, as Cait puts it “if I go after your sister alone, one of us comes back in a box.”

The story in season two may deviate from Zaun and Piltover, but with the work done to establish this setting in season one, it seems unlikely. There is still loads of storytelling to be done in Zaun, after all, particularly in the wake of last season’s events. How exactly the plot evolves will only be clear once season two drops, but fans will almost certainly continue to speculate until they can feast their eyes on what comes next.