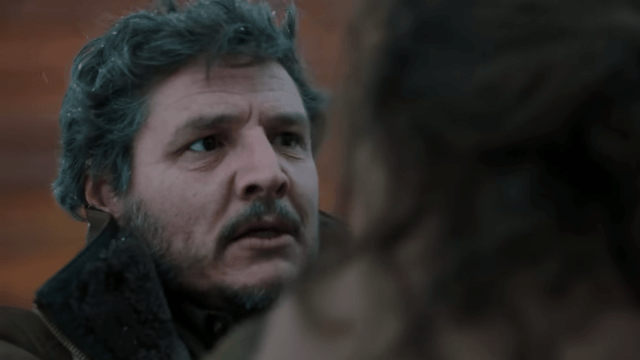 At long last, we finally got our first look at HBO’s adaptation of The Last of Us, and it’s looking joyously faithful to the source material. From the cinematography to the casting choices of Pedro Pascal as Joel and Bella Ramsey as Ellie and all of the supporting characters, fans are ecstatic and hungry for more.

Of course, if you know anything about The Last of Us as it exists in the video game medium, or anything about a HBO drama for that matter, you’ll know that some horrendously heavy emotional gut punches are inbound, and fans are steeling themselves for what’s to come.

The teaser for the live-action adaptation shows off a generous helping of key moments from the game. Alongside the building excitement is also an impending sense of dread to relive some of the most harrowing moments, and fans aren’t quite sure they’re ready for it. Take this still of Ellie and Riley hanging out, being besties, for instance.

Or the reaction to this image of a panic-stricken Joel on the night of the outbreak. Fans don’t need to get too far into the video game at all to get the context behind this one, but let me assure you, the all-caps stressing of unpreparedness is justified.

This person is collecting themselves after seeing this image of Joel comforting Ellie after a series of events that led to her having blood spattered all over her face.

But maybe there’s hope The Last of Us will be a stress-free, relaxed viewing, seeing as Nick Offerman, playing the role of Bill in the show, defined the upcoming HBO series as a skit.

As playful as that definition may be, fans know this series isn’t going to be breezy, or easy. But we’re all going to be here for the ride anyway.

If you want to know more about exactly what you’re in for, The Last of Us: Part I was recently released on the PS5. If you’re still not having much luck getting your hands on one of those, The Last of Us: Remastered for PS4 is your next best bet.

Otherwise, for those of you prepared to go in blind, have a tissue box ready when The Last of Us premieres on HBO sometime in 2023.