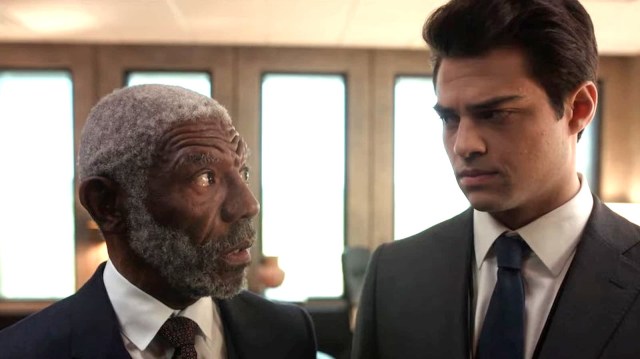 Netflix is no stranger to releasing new shows, and one of the latest to join the popular streaming platform is The Recruit. The series follows a lawyer (Noah Centineo) who joins the CIA when he gets involved with issues that might just be too much for him to handle. The Recruit is helmed by Alexi Hawley who also created The Rookie with Nathan Fillion and Alyssa Diaz. Netflix recently released the trailer for the upcoming show, so let’s take a look at everything we know about The Recruit so far.

When will The Recruit be released on Netflix?

You can see the trailer for The Recruit above, which announces that the series will be released on Dec. 16, 2022. Noah Centineo stars as the main character, Owen Hendricks, and you might recognize Centineo from his roles in To All the Boys I’ve Loved Before, The Perfect Date, Sierra Burgess Is a Loser, and more recently as Atom Smasher in Black Adam. Here are the other cast members and the characters that they will be playing in The Recruit.

It seems like the first season will run for a total of eight episodes and with it being a Netflix show, it is extremely likely that all the episodes will be dropped when The Recruit releases on Dec. 16, 2022.