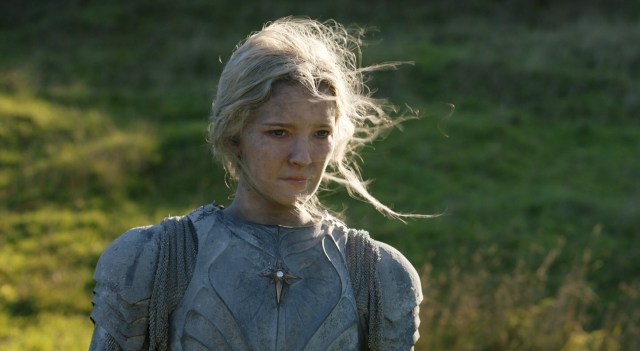 Viewers came into The Rings of Power season one finale hoping for shocking revelations, and it’s safe to say they got ’em. Amazon’s take on the history of Middle-earth hasn’t been universally well-received, with the common complaint that it’s difficult to empathize with the characters and that despite a lot of talking, not much has happened (well, aside from that volcanic eruption).

You can’t say that about this episode, though, as it was revealed that Charlie Vickers’ Halbrand, former castaway and current King of the Southlands, is actually an alias of the dark lord Sauron. This means Vickers will become the show’s primary antagonist, not to mention everything Galadriel has spent her long life fighting against.

This is quite the twist, and fans are blown away – especially those who were rooting for Halbrand/Galadriel:

But some are feeling kinda smug:

The signs were all there!

To be fair he was acting kinda sus:

Amazon knows exactly what its doing with this thirst trap:

The Sauron stans are already climbing on board:

After this, it seems inevitable the rest of Amazon’s show will follow Halbrand/Sauron’s rise to power as the other characters unite in an attempt to stop him. Anyone who remembers the opening monologue to The Fellowship of the Ring will know how this pans out for Sauron, who has a bright future ahead of him as a giant flaming eye.

Exactly how he gets there? Well, we’ll have to keep paying our Prime Video subs for the best part of a decade to find out.