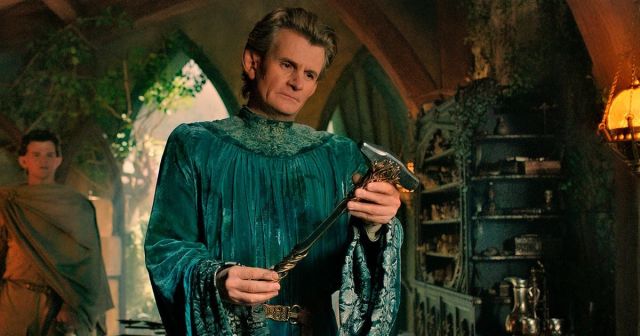 The Rings of Power was a show anchored on mystery, but now that the first season has come to a close and revealed the truth about the Dark Lord Sauron and the mysterious Stranger, the cast will be able to breathe a sigh of relief after keeping secrets for so long.

Patrick McKay and J.D. Payne, the show’s executive producers, were so adamant about keeping things tightly under wraps that they didn’t even give the actors their scripts, or at least complete drafts, much in the same way as the MCU manages store these days. In a chat with Collider, Charles Edwards (Celebrimbor) revealed whether the writers told him the secrets of the show early on.

“Not early on at all. They managed it very well, actually. They sort of gave out little snippets here and there, but nothing that you could build on or make any assumptions on. I mean, while you’re making it, it’s quite frustrating. But looking back, I’m glad they played it that way because it’s been a huge ride for all of us. Genuinely not knowing what the other people are up to, what our friends and colleagues have been working on really.”

But then, in social gatherings, things would’ve turned really awkward if not for the professional manner in which the entire cast conducted its interactions. Edwards continues by adding:

“You just simply don’t see each other, other than socially, and the whole secrecy around the thing kind of builds in a guilt if you say anything about what you’ve been doing that day, kind of just so you just don’t, which is rare in a group of actors. But everyone was very well-behaved in terms of sharing so-called classified information.”

Even if the writers were willing to indulge every actor about their character arcs separately, when it came to the finale, no one really knew what was going on besides the people who were really supposed to, which, we’re assuming, numbered in a dozen at most.

“But for example, episode eight was hugely under wraps right up to the last minute,” Edwards said. “And scripts were sent out, which had large portions blank. So particularly concerning the ring making. So no one genuinely, for a time knew what we were doing. So it kind of creates a buzz within the company, which is quite fun.”

It must be a painstakingly frustrating process, so let’s hope that The Rings of Power team does away with all the mysteries in the second season, which is currently undergoing production in the UK.