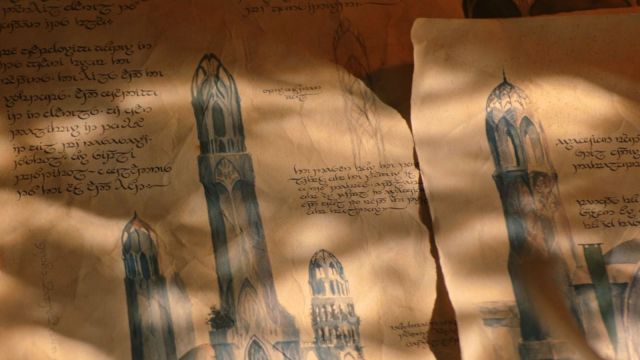 Warning: This article contains spoilers for The Lord of the Rings: The Rings of Power

The first two episodes of The Lord of the Rings: The Rings of Power have introduced us to a few old and new characters from Tolkein’s successful fantasy franchise. At the same time, it showed us a world before the events of The Hobbit and when the Fellowship of the Ring was formed. As the world of Middle-earth believes that they now live in an era of peace, little did they know that conflict lurks within the shadows.

It was mentioned in episode two that the elf, Celebrimbor, asked Elrond to help him build a forge before spring, which led to them going to the mountains to ask the dwarves for help. While it wasn’t clear what the forge will be used for in the show, fans got a clear idea of the its purpose, possibly foreshadowing what’s about to happen later in the show.

What does Celebrimbor want with the forge?

Celebrimor told Elrond in Eregion that he wants to create something to “fill the world with beauty” and “to grow beyond petty works of jewel-craft.” He also mentioned that he wanted to devise something of real power. He then presented Elrond blueprints for a tower that will house a giant and powerful forge. Celebrimor believes that this forge could change and transform Middle-earth for the better.

It turns out that this forge will be used to create the titular Rings of Power that will be distributed amongst nine men, seven dwarves, and three elves. Sauron has deceived Celebrimbor and the elf-smiths to create these rings. They will eventually link to the One Ring that was forged in secret by Sauron in order to control those who wear the Rings of Power. The creations of these rings would lead to war and conflict seen in the introduction of The Lord of the Rings: Fellowship of the Ring, and how men and elves united to defeat Sauron.

Rings of Power is perhaps hinting that the rings will be created in the show, but we will find out soon if the dwarves of Khazad-dum will help the elves build this powerful tool as new episodes drop on Amazon Prime Video every Friday.