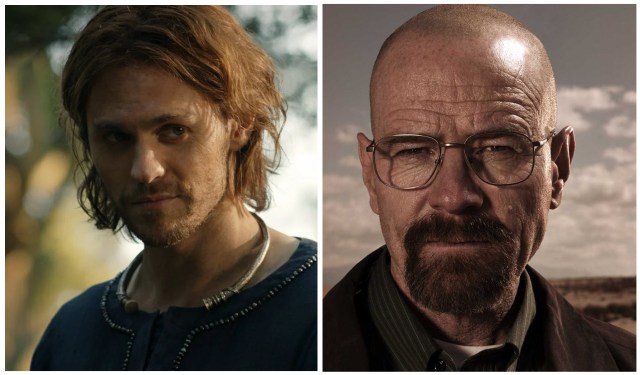 It may have started out as a joke, but it seems those comparisons between Sauron, the enemy of the Free Peoples of Middle-earth, and one Walter White, the king of meth in AMC’s Breaking Bad series, are actually taking hold in the public psyche, so much so that The Rings of Power writer Gennifer Hutchison, who, coincidentally, was a writer on Breaking Bad too, has addressed it in a recent interview.

The main principle of this comparison boils down to the fact that both Sauron and Walter White are deft craftsmen at what they know best. For one, it’s magic-enhanced jewelry that binds the fate of an entire fictional realm to itself. For the other, it’s drugs that turn him into a legend in the criminal underworld. Both are bound by ambition that turns to “the ruin of all,” as Galadriel would put it, and both ultimately succumb to that fate.

Hutchison thinks that it’s all about the character-centric story arc of these characters. As she explained it in a chat with Inverse:

“I think the idea is, at a certain point, Walter really embraced his Heisenberg identity. We know who Sauron is, he has been revealed to at least Galadriel. How does he start to stretch his legs? What was different is the scale. We’re working with so much. The attention paid to the property, the scope and scale of what we’re trying to do, and the story we’re telling.

“Breaking Bad and Better Call Saul are very focused, individual character studies anchored to a single lead. Rings of Power has all these worlds and storylines. But the thing I think would be similar was bringing that foundation of character, and finding ways to make sure characters feel grounded and that we’re hitting what their emotional arcs are. That was the link for me between the rooms.”

Now that the sinister lieutenant of Morgoth is out in full force, we’ll see the full extent of his villainy and evil in the upcoming second Rings of Power season. Of course, at this particular time period, Sauron is known as the master of gifts and the great deceiver, so viewers would be wise to keep an eye out for any character that acts even a little suspiciously.

Sauron can, after all, take any physical form that he wishes, which means that there’s no guarantee we’re necessarily going to keep seeing him in Charlie Wickers’ visage.