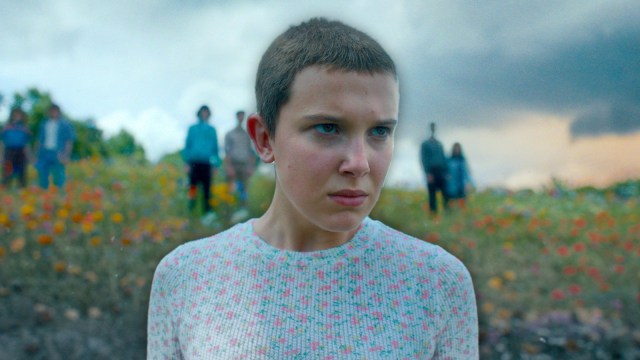 Stranger Things Day went by as quickly as it came, but not before giving the world the tiniest taste of what’s to come in the beloved Netflix series’ fifth and final season.

While the day Stranger Things 5 hits our TV screens may be some way off for the time being, the wheels are most definitely spinning on getting it made. This was made all the more evident than ever, with Netflix’s official Twitter account sharing an image of the premiere episode’s script, and it’s title:

Whenever the day of the premiere comes, we now know with certainty that Stranger Things season 5, episode 1 will be titled “The Crawl”, which sounds pretty ominous and grim, but considering how the fourth season ended, is that really a surprise?

Stranger Things 4 wrapped up its second volume with a nearly four-hour-long finale, culminating in the reunion of the entire original gang, and Will feeling a chill down his neck before everyone comes to the realization that the Upside Down has bled into reality following the showdown with Vecna.

It was a suspenseful and bleak note to end on, so it’s no surprise that the fifth season’s first episode will be titled ‘The Crawl’, with our ragtag band of misfits likely facing some extremely harsh trials and tribulations while dealing with the fallout of Vecna’s cataclysmic literal tearing of Hawkins.

Over the course of Stranger Things day, a number of cool behind-the-scenes images were shared on social media, screenings of the show were held in cinemas, and there was also a Roblox event.

At this point in time, we can only really speculate when Stranger Things 5 will release, seeing as the Duffer Brothers are being cagey about it. That said, we probably won’t be seeing it until late 2023 at the very earliest – but at least the pandemic shouldn’t be slowing production down again.