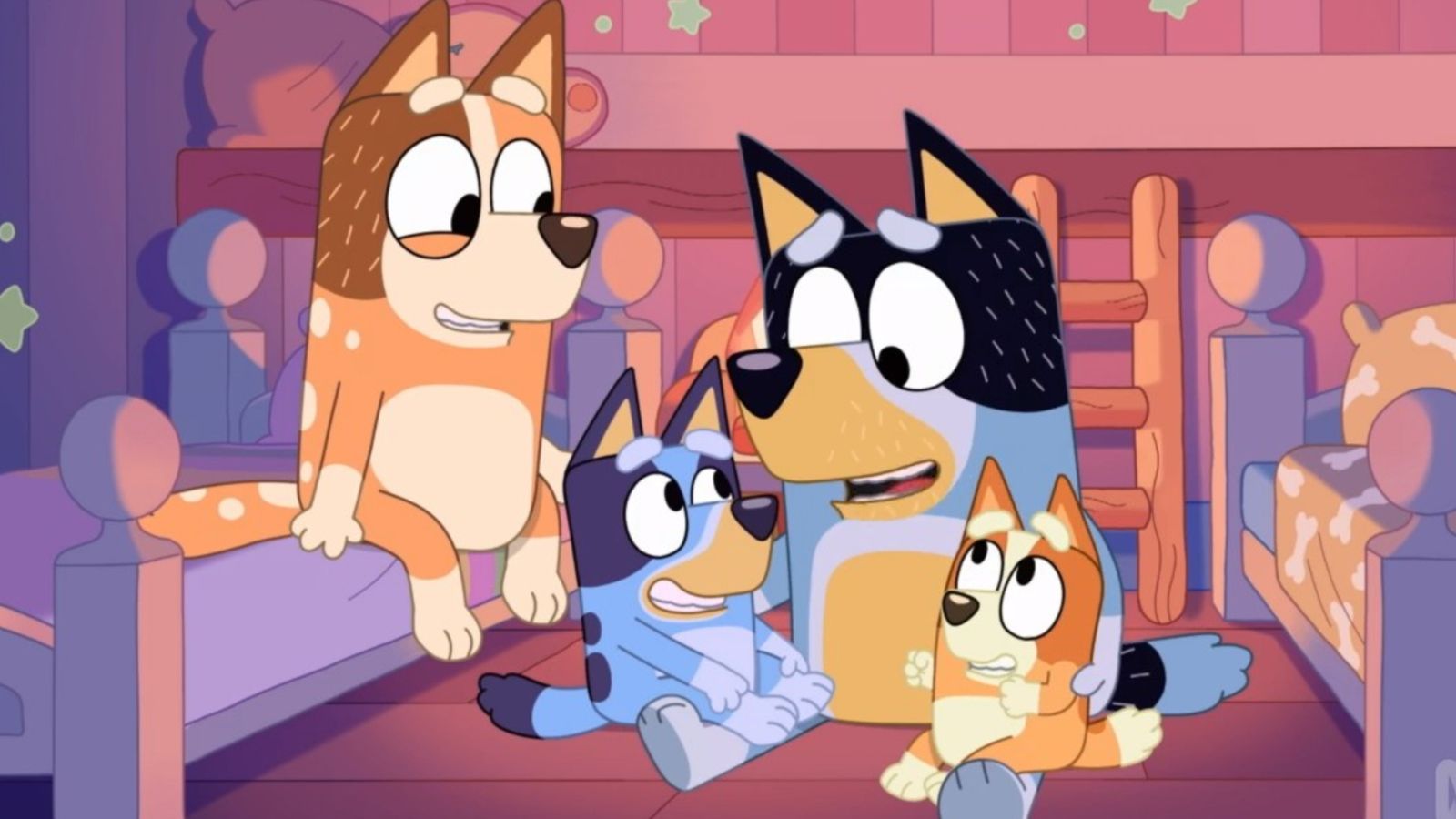 Bluey has been making waves in children’s entertainment since its debut in 2018. And since then, it has become a well-loved TV show capturing the hearts of both adults and children. It has even captured the interest of big-name celebrities, such as Lin-Manuel Miranda who went on to guest star.

Outside of this, this Australian kids’ show has become a powerhouse of its own, showcasing Australian culture and family dynamics while being both educational and entertaining.

Ludo Studio has announced that season 3 will come out in America soon, but is already available to watch in full in Australia. And, as each episode showcases new life stories and adventures, here are the top 10 Bluey episodes worth watching, especially if you haven’t seen the show yet.

“Puppets” is one of the newest episodes in season three of Bluey. While the episode taught children how to not be a grub, the ending of the episode is what’s really powerful. “Puppets” marks the first Bluey episode that breaks the fourth wall and goes super meta. It’s entertaining and educational, showing us a quick behind-the-scenes on how a scene in Bluey is made, leaving a good treat to all Bluey fans out there.

Fairytale brings the viewers back to the 80s when Bluey’s parents were still pups. It’s a flashback episode told in a storybook-like way, probably a good alternative for parents if they want to lecture their children using their life experiences. This episode gives a strong wave of nostalgia as grown-ups and parents remember their childhood. Additionally, the episode shows how Bandit and Chilli “may have” first met, and it’s up to the viewers to decide if it’s true or not.

“Barky Boats” is a coming-of-age tale about the fears of growing up and the transition to entering high school. But just because you are getting older and the world becomes more challenging and complicated, doesn’t mean you’re alone. You have friends who will help you navigate the challenging world ahead so you don’t have to feel afraid. It’s a beautiful story about friendship and growing up, without it being complicated for younger children to understand.

“Archeology” is an episode of Bluey that was shared on the show’s official Facebook page. The episode just features Bandit Heeler, who apparently has a Ph.D. (which probably explains how he’s able to afford that massive house). This small featurette shows us another side of this loveable dad as he talked about one of the bones that he and his team dug up, only to revert to his goofy self at the end. Worth watching if you’re waiting for new episodes of the show.

Who wouldn’t want to see Bluey as a cute little baby? “Baby Race” tells the story of baby Bluey learning how to walk because Chilli feels like her child is way behind where he should be. But with the advice of Coco’s mother, Chilli becomes more confident and patient when raising her baby daughter. It’s a good episode for first-time mothers who feel like they’re not doing right by their child, when in fact, they are. We also get to see what all the other children were like as babies and what the Heeler house looked like before it became fully furnished.

“Bob Bilby” brings viewers back to a time when they were tasked to document their adventures with dolls that came to visit. In this episode, it was the Heeler’s turn to take Bob home as they try to give their new house guest the time of their lives. They learned that Bob just copies everything they do so they need to go out and not do boring activities. In the end, Bob has an amazing time with the Heelers and Bingo hopes he returns sometime soon.

“Dad Baby” is currently the only episode of Bluey that is fully censored in the USA due to scenes of childbirth. The episode shows a comedic portrayal of what it’s like to be pregnant. Bandit, who was naive at the start of the episode, thought that bearing a child is easy. He eventually learns about the struggle his wife has been through before the birth of both her children which becomes a wholesome teaching moment. Every experience is done through a comedic and respectful lens so that it doesn’t scare the children or offend anyone. If you’re able to grab an Australian copy of the series, you won’t regret viewing this episode.

“Camping” has to be one of the cutest and most well-written episodes in season 1 of Bluey. The episode tackles ways to communicate with your friend who doesn’t speak the same language as you. Not to mention, most adult fans of the show believe that Blue and Jean-Luc should end up together when they grow up.

Here’s a fun fact, if you watch the French Dub of the show, Jean-Luc and his family speak in English instead of French. This makes a fun easter egg for international audiences.

“Pass the Parcel” became a “controversial” episode in Australia as it opened up a debate on how one plays the mentioned party game. According to ABC, the episode divided parents, and how this was planned by the show’s creator for two years before the episode came out. So while the episode showcased a generational divide towards the idea of participation trophies and every kid receiving a prize, it also gave a teaching moment that there will be days when we lose and feel disappointed. This episode is daring and got people talking which makes this a good episode.

“Sleepytime” has to be the best Bluey episode to date by far. The episode doesn’t have a lot of dialogue, but it doesn’t need it. The seven-minute episode takes viewers on an emotional adventure filled with amazing animation and a few comedic moments here and there. The episode pulls at the heartstrings as it shows the bond between Chilli and Bingo, and has left more than a few viewers in tears.

Bluey has told multiple stories from different characters, as well as entertained both children and adults in a fun and educational way. And while international viewers have to wait for newer episodes, there are still some from seasons 1 and 2 that are worth rewatching.

New episodes of Season 3 of Bluey are released every day in Australia on ABC, while US viewers should keep their eyes peeled for more updates.