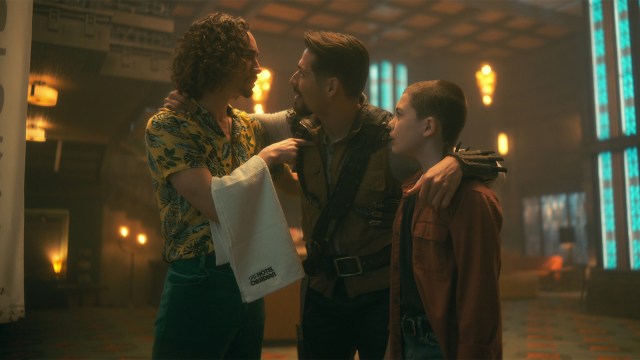 The Umbrella Academy, Netflix’s premier superhero property at the moment, is perhaps the single most prominent abuser of the “so-and-so died, but not really” rule when it comes to the world of fictional story beats. Whether it was Luther’s impossible return at the third season’s denouement, Klaus’ surprise ability to come back to life after meeting his demise on multiple occasions, and the show’s time travel rules making anything and everything possible when it comes to a character’s mortality, death is less a certainty and more a suggestion for the Hargreeves gang.

One of season three’s maybe-maybe-not deaths was that of Stan, Diego and Lila’s pretend son who succumbed to one of the kugelblitz’s pulses, and the show’s abysmal track record with taking death seriously could spell high hopes for the show’s lovable troublemaker, and his actor would be all for it.

In an interview with Collider, Javon Walton, who portrays Stan in the show, reflected on the nuances of Stan’s death, which was less a blaze of glory and more a vibe of glory, and his hopes of ultimately reprising Stan in possible future seasons.

“I do hope I can come back, definitely. It was a little sad how he went out, for sure. There’s a lot of mystery with it. He didn’t go out like Astrid, an absolute badass. It was definitely pretty interesting, how he went out, but at least he was happy when he went out. He had a Slurpee. What more can you ask for? He was chillin’.”

It’s hard to imagine where Stan’s story could go in the future, since he has no blood ties with either Diego and Lila, and was just part of a ploy from the latter to test the fathering abilities of the former. But, we’ve seen this show do much crazier with much less, so we’re definitely on board with “Bring Back Stan.”

The Umbrella Academy is currently streaming on Netflix.