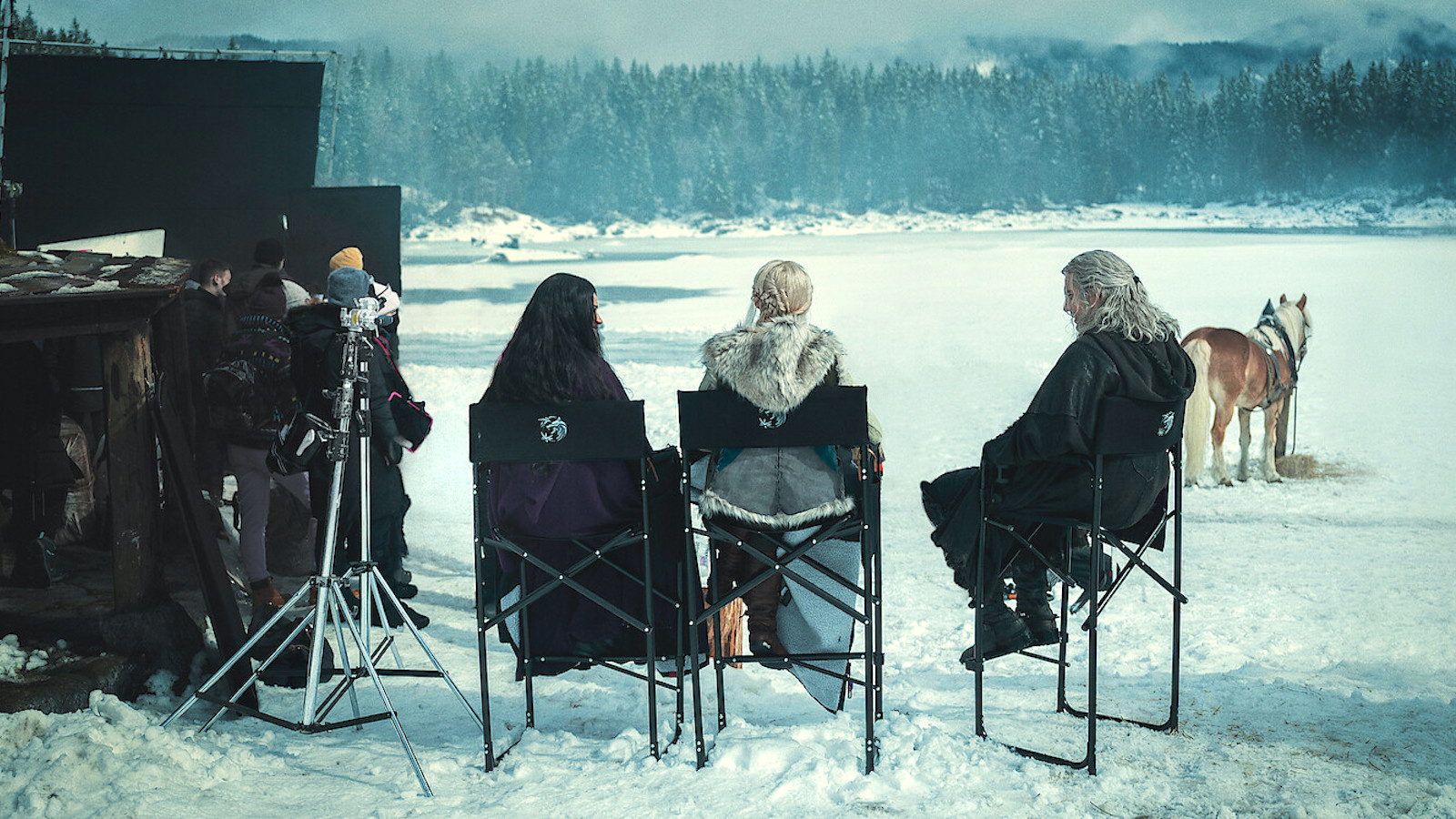 Now that we’ve had time to fully digest the season two finale of The Witcher, it’s safe to say we’re simply ravenous for season three. Last we saw Geralt of Rivia, he was fighting Voleth Meir (aka the Deathless Mother) and trying to stop her from possessing Ciri — the political drama between the Elves, the Mages, and Nilfgaard was at an all-time high —and the cliffhanger in the finale had us all with our eyebrows pulled back into our hairlines.

Since then our ears have been firmly planted to the ground for any news regarding the new season, and thankfully our efforts have proven fruitful as more information has recently been announced.

In addition to new cast members — which will be discussed below — we’ve also got a full season synopsis via the show’s Twitter page promising to pick up on all the drama we left behind in season two.

“As monarchs, mages, and beasts of the Continent compete to capture her, Geralt takes Ciri of Cintra into hiding, determined to protect his newly-reunited family against those who threaten to destroy it. Entrusted with Ciri’s magical training, Yennefer leads them to the protected fortress of Aretuza, where she hopes to discover more about the girl’s untapped powers; instead, they discover they’ve landed on a battlefield of political corruption, dark magic, and treachery. They must fight back, and put everything on the line — or risk losing each other forever.”

Which characters are confirmed for Season 3?

Now that filming has officially started for season three, it was only a matter of time before we got more news on which cast and characters would be returning. Thankfully we can count on our favorite trio to continue their storylines, but we will also welcome new characters to the Continent in what will surely add to an already exciting season. Below is the list of confirmed cast members that we can expect to see in season three.

Henry Cavill as Geralt of Rivia

You can’t have The Witcher without the Witcher, just like you can’t have Geralt of Rivia without Henry Cavill. Thankfully, Cavill will return for season three, and in case you had any doubt whether or not he enjoys his role as Geralt, know that Cavill himself was the one who sought out the role and has said on many occasions that he was a fan of the video game and Sapkowski books long before bringing the character to life. In other words, Cavill is an honest-to-God Witcher nerd and we love it. In season three we will see him step fully into his fatherly roles as he puts everything on the line to protect his adopted daughter.

Much of Ciri’s storyline in the first season involved the princess running through a forest trying not to get captured. Even still, her character was strong, stubborn, and determined, and Freya Allan portrayed the role perfectly. Thankfully, Allan had more to do in the second season as Ciri took matters into her own hands, deciding to train with the Witchers and learning to fight for herself. In season three we can expect to really tap into Ciri’s power and even discover whether she’s truly ready to become a Witcher.

Anya Chalotra as Yennefer of Vengerberg

With one of the most interesting storylines in the show, Yennefer of Vengerberg spent the majority of season two grappling with the loss of her powers following the aftermath of The Battle of Sodden Hill. Determined to get her powers back, she ends up in a backward plan laid out by the Deathless Mother that leaves Ciri exposed and at risk. Anya Chalotra perfectly captures the moral dilemma Yennefer battles throughout the season. Thankfully, Chalotra will be back for season three to continue her promise to Geralt and Ciri and train Ciri in the way of magical arts. Yennefer’s teachings mixed with Ciri’s innate abilities promise a magical outcome we’re very excited to see pan out.

Topping the list of newcomers slated to join season three of The Witcher is Robbie Amell, best known for his role as Stephen Jameson on The CW’s series The Tomorrow People. If Amell looks familiar it’s because his older brother Stephen Amell played Arrow on the CW’s hit show Arrow.

In The Witcher, Netflix describes Amell’s character as “a born fighter”. “Gallatin leads an army of guerrilla Scoia’tael fighting on behalf of Nilfgaard. Unafraid to speak his truth, Gallatin’s loyalty to his people ultimately leads him on a collision course with Francesca over power.”

Coming off her wildly popular role as Shang-Chi’s younger sister, Xu Xialing in Shang-Chi and the Legend of the Ten Rings, Zhang will join The Witcher family as “a fierce and talented huntress.” Pretty spot-on, if you ask us.

“A human adopted by the dryads of Brokilon Forest, Milva is a fierce and talented huntress. Exact archery skills coupled with a stone-cold aptitude for survival make her a formidable adversary in the unforgiving Continent – those that cross her, do so at their peril.”

Beloved by many and known for his comedic roles (Fleabag and W1A), Hugh Skinner will join The Witcher cast as Royal playboy, Prince Radovid.

“Royal playboy and younger brother to King Vizimir, Radovid finds himself suddenly a man on the inside of the Redanian Intelligence. With his good looks and drunken charm, Radovid amazes with how incisive he can be in political affairs, but it’s all games until someone gets hurt.”

Rounding out the list of newcomers is Christelle Elwin, a teenage misfit in a gang known as The Rats.

“Mistle is a member of The Rats, a gang of misfit teenagers who steal from the rich and give to themselves – and sometimes the poor. She is street hard, suspicious of everyone and out for revenge, until a chance meeting that will change everything.”

Which characters are most likely to return in season 3?

With such a large cast of characters ranging from downright important to downright funny, there are plenty of people we’re expecting to see in season three, although none have technically been confirmed. A more updated list will be provided as information becomes available, but for now we can likely expect to see the following people back to reprise their roles.

Topping the list is Joey Batey as Jaskier, otherwise known as Dandelion if you’ve read the book series. It’s hard to imagine a series without Jaskier so we’re pretty confident about his return, although we’ll have to wait and see to know for sure.

Next is Mimî M. Khayisa as Fringilla Vigo, an extremely important character who really shone in season two. Khayisa played the role perfectly so we hope she will return to carry out her storyline in season three. Can we also please take a moment of silence to remember the iconic scene in season two in which Frangilla pulled a Piper from Charmed and magically froze an entire room only to slowly kill everyone in it one by one? Yeah, iconic.

Because his storyline is so intertwined with Fringilla’s, we can expect to see Eamon Farren return as Cahir, who we last saw face-to-face with The White Flame of Nilfgaard. No doubt Cahir will be back because we need to know how his and Fringilla’s storyline pans out.

With all the Elven drama in season two there’s little doubt that Mecia Simson will return as the Elven Queen (and sorceress) Francesca Findabair. The same goes for her husband, Filavandrel, played by Tom Canton.

Of course the The White Flame (otherwise known as Dunny or Emperor Emhyr) will surely return for season three especially given the cliffhanger we were left with. However, whether he’ll still be played by Bart Edwards again is yet to be seen, although very likely.

In addition, the following characters are all likely to return but yet not confirmed.

The Witcher season three is still in the thick of filming so there’s no official release date yet, however we will update you as soon as we know more.