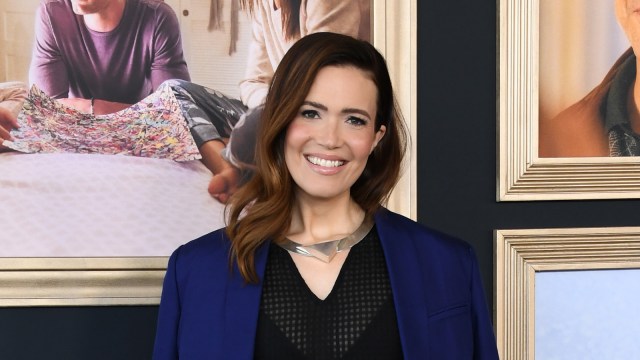 Now that the Emmy nominations were announced Tuesday morning, fans of the drama series This Is Us are expressing their collective disappointment about the fact that star Mandy Moore did not get nominated for her performance in the final season of the show.

Seemingly adding insult to injury for fans of the NBC drama is the fact that not only was Moore not nominated, but This Is Us as a TV show wasn’t nominated in any category, either (you can fact-check this for yourself on the Emmys website where a complete list of this year’s nominees is available).

For one fan, it was a complete outrage that the Emmys did not recognize the show or Moore’s performance as Rebecca Pearson, specifically, especially considering she portrayed a character at several different stages in her life, including one struggling with Alzheimer’s.

“WE LOVE YOU MANDY MOORE,” and a few not-so-kind words for the Television Academy was one fan’s response.

The snub was unbelievable for one fan, especially in light of a particularly tear-jerking monologue.

There’s something unsettling about the whole situation, according to one commentator’s assessment.

“MANDY MOORE WAS ROBBED,” was how one fan summed it up.

It’s not as if the show is some cult phenomenon, either; in fact, it has already won a number of other Emmys, including for several other actors in the show, such as Sterling K. Brown’s 2017 win for his portrayal of Randall Pearson for Outstanding Lead Actor in a Drama Series, according to the show’s IMDb page. Moore was even nominated for Outstanding Lead Actress in a Drama Series back in 2019 but ultimately lost to Killing Eve‘s Jodie Comer, who is incidentally once again nominated this year.

This year’s Emmy winners will be announced during the official award show on Sept, 12 later this year on NBC.