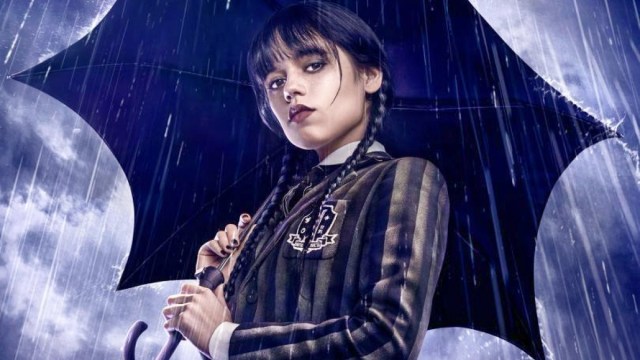 Tim Burton is all set to take fans back to the enigmatic and delightfully weird vibe of The Addams Family with his upcoming series, Wednesday, which will see The Babysitter: Killer Queen and You star Jenna Ortega. But for him, the Netflix show is more than just his TV directorial debut as the celebrated director has revealed that he doesn’t see the young Wednesday as a mere character — he feels a real connection with the fictional teenager.

As reported by Variety, Burton was recently in Italy for the European fan screening of the series. While discussing the show and what it could entail, he revealed that Wednesday is a character that he has always connected with. It didn’t matter whether he read her story in the form of Charles Adams cartoons — on which the franchise is based — or watched her come to life in 1964’s The Addams Family series, Wednesday always “triggered [him] most.”

He went on to recall that growing up, he always felt like Wednesday as his “black and white viewpoint” matched the thoughts harbored by the “snarky, snide teenager,” aka Wednesday. But this is not where the similarities end.

“Wednesday goes to a school of outcasts, but she’s an outcast among outcasts. That’s kind of how I felt. This project really spoke to me. It’s exactly how I felt about school, my parents, other people. So, even though she’s at a place for people like her, she doesn’t like to join the party.”

The Addams Family spinoff series has been touted as a coming-of-age horror comedy that will see the mysterious and obviously unsociable Wednesday learning to master her psychic powers at the shady Nevermore Academy while striving to solve some very deadly puzzles that keep cropping up around her.

Wednesday is all set to debut on Netflix this Nov. 23.