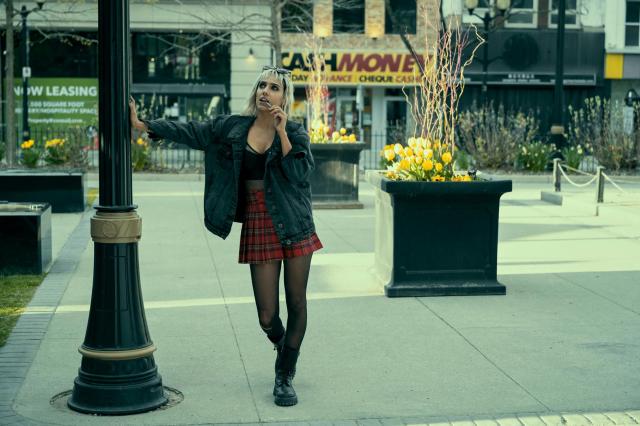 Actress Ritu Arya’s career is on the rise and has fans raving after her strong performances as Lila Pitts in the incredibly popular show The Umbrella Academy, but it wasn’t always like this. Like everyone else in the entertainment industry she started small, with just the desire to work in the industry.

In an interview with Collider, Arya revealed that she was so eager to get into acting and go to drama school that she struggled to finish her final classes.

It was my last term at Uni and I really found it hard to concentrate because I was so excited to start applying to drama schools. And, you know, I know you don’t have to go to drama school to be an incredible actor. I know so many actors that didn’t do that. It’s just my journey I think because I didn’t know any other way. I just had heard of that. But yeah, I found it quite hard to study in that last term because I was getting a bit antsy to get the ball rolling.

And get the ball rolling she did. Arya eventually attended the prestigious Oxford School of Drama. She learned the craft, she said, but there was one thing no amount of schooling could prepare her for: the stinging rejection that comes along with an actor’s life. Arya said that part was incredibly hard to deal with.

I found it very difficult for the first few years. The first five years, actually. I didn’t have a good thing in place so I took it very badly. It made me very miserable. I spent a lot of time just in bed crying, not knowing why or how I would continue with this career because I just took it very personally. And it’s too long to be moping around over something that is out of your control. There’s nothing you can do to prepare for the rejection other than just know it’s gonna happen, know it’s not personal, do your best work, have something in place that you can do after an audition or even, for me, another thing that you love as much. Or not even as much, but I feel like it helped me a lot playing music because it was just another creative outlet that I was able to channel and it made me less intense about acting and getting roles and things.

While focusing on music to help her stay sane, she was nominated for Best Newcomer at the British Soap Awards for her work on medical soap Doctors. This clearly showed her potential and was a good start and helped to get noticed for the part of Lila a few years later and we’re glad she did!

You can currently see her work on The Umbrella Academy streaming on Netflix.