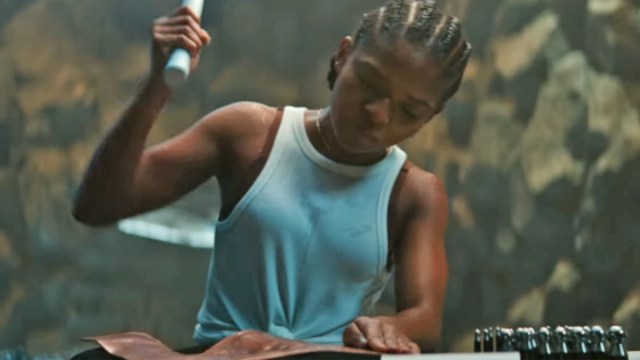 With so many Marvel shows and films slated for the next several years, it can be difficult to keep track.

The colossal media franchise is currently airing She-Hulk: Attorney at Law on Disney Plus, after a packed year of highly anticipated projects. In 2022 alone, the franchise has introduced fans to a slew of new characters and storylines via five fresh releases. Two films and three new series have already dropped this year, with several more expected before 2022 comes to a close. With so many new faces joining the established greats in the MCU, it’s been hard for some fans to keep on top of what’s still to come for the cinematic universe.

One fan is bringing attention to an oft-forgotten upcoming series via a brief but shining post to Reddit. User MCU_Speculation took to the platform on Aug. 29 to share their excitement for upcoming Iron Man spinoff Ironheart, and in the process made fans of a number of casual viewers.

Noting that they’ve seen far too little hype for the impending Ironheart debut, the OP took it upon themselves to stir up hype for Dominique Thorne’s imminent introduction as Riri Williams. Sharing their believe that “this is the perfect moment to introduce Riri Williams / Ironheart in the MCU,” MCU_Speculation’s post absolutely gushes about Riri’s unique qualities, which they believe will help her to stand out, even among the MCU’s absolutely packed ranks.

Championing Riri’s non-traditional character traits, like a genius-level intellect and poor social skills, MCU_Speculation raves about Riri’s relatability. Not many of us can relate to a genius billionaire playboy philanthropist, but far more people can see themselves reflected in a smarter-then-average oddball who struggles to communicate well.

Riri isn’t the only culprit behind MCU_Speculation’s excitement, however. They also note that the confirmed villain for the show, The Hood, boasts a “complex” backstory that keeps him “divided between good and evil.” This, paired with the more down-to-earth but still thoroughly engaging Williams, practically promises a stellar show.

MCU_Speculation is already pumping themselves up for Riri and the Hood’s introductions into the MCU, and their heartfelt post convinced several other Redditors that the eventual Ironheart show will be one to watch. Commenters gushed over the changes the show could potentially bring to the MCU, but also warned of several downsides that are all but inevitable. Riri will enter the fray as one of the franchise’s first POC leading women, and this is unfortunately guaranteed to spark racist backlash among a minor, but vocal, portion of the fanbase. The show will also see Riri take the place of the MCU’s first, and in many cases most popular, hero, a move that is extremely likely to receive criticism. Much of this criticism will be rooted in little more than sexism, racism, and a refusal to let go, but it will greet the series when it debuts nonetheless.

Thankfully, die-hard fans like this one are here to make sure things are balanced. While naysayers insist that there cannot be a new Iron Man, and that women like Thorne cannot carry the weight of a franchise, fans can fight back with sheer enthusiasm and viewership numbers. After all, so long as audiences show up to lend their support for Thorne’s Riri and Anthony Ramos’ Hood, we might just be able to convince the MCU to take more risks with shows like Ironheart.