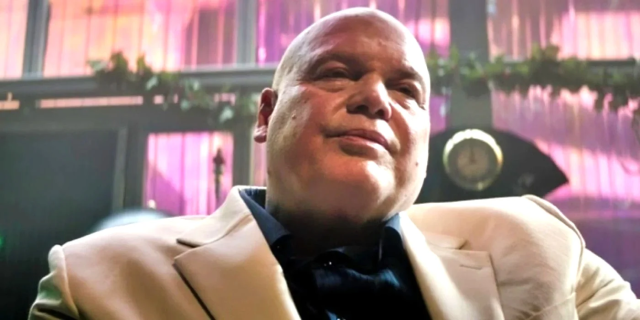 The Man Without Fear and friends have found their way back to us. One of the announcements to come from Marvel’s big Comic-Con showcase this weekend that’s made fans the happiest is Daredevil: Born Again, the officially titled revival of the legendary Netflix series. Charlie Cox will, of course, be back as Matt Murdock in the Disney Plus project and so too will the Hornhead’s eternal nemesis Wilson Fisk aka the Kingpin.

And Vincent D’Onofrio is already getting back into the character just hours after the news. The star, who recently returned to the role for the first time under Marvel Studios in Hawkeye, tweeted out a simple but familiar phrase on Sunday morning, which caused Daredevil diehards to lose it. “When I was a boy…” D’Onofrio wrote, quoting Kingpin’s meme-irific speech from season one.

Aside from Cox and D’Onofrio’s involvement, the other thing we know about Born Again to date is that it will have a whopping 18 episodes, which isn’t just far more than any previous D+ Marvel show it’s far above the 13 episodes per season Netflix used to give DD back in the day. With that much time to play with, folks are really hoping the series can replicate what we loved about the show the first time around. And hopefully bring a bunch of other fan-favorite Daredevil family members back alongside the two confirmed actors.

Before Born Again gets here, though, D’Onofrio will face off against Cox once more in Echo, the Hawkeye spinoff based around Kingpin’s niece Maya Lopez (Alaqua Cox), coming next summer. While a cameo for Kingpin seems an outside chance, Matt Murdock will likewise appear in She-Hulk, hitting Disney Plus this August. As for Daredevil: Born Again, that’s due to stream in spring 2024.