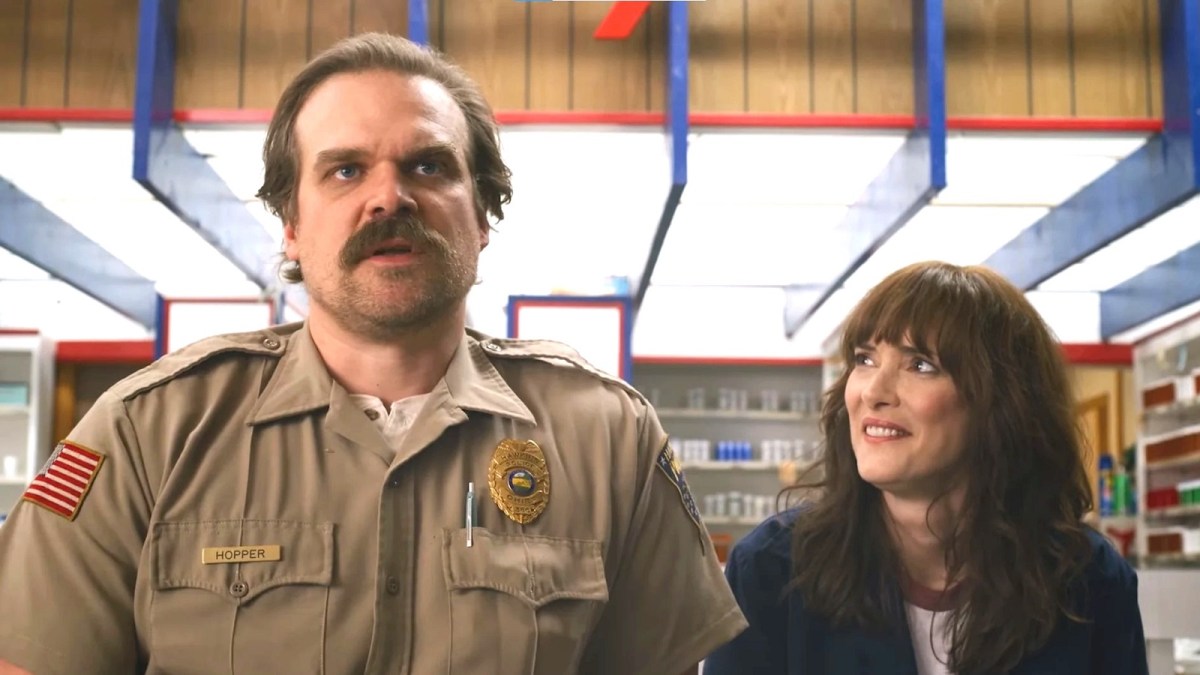 You can go ahead and break out your crying towel because even if you haven’t been keeping up with Stranger Things over the last seven years, it’s impossible not to get verklempt watching the genuine love and respect shared between series regulars Winona Ryder and David Harbour as they form a mutual admiration society for Netflix’s latest behind the scenes short.

The two were brought together by the streaming service to talk about the fourth season of the retro sci-fi hit series, but the conversation almost immediately turned to how much the pair appreciates their screen partner. Harbour released the floodgates, outing himself as a longtime fan of the Beetlejuice actress since before their current series helped launch him into stardom.

“Professionally, I’ve had kind of a crush on Winona Ryder for a long time,” Harbour declared as his co-star giggled in embarrassment. “Because I do think she’s one of the greatest actors of her generation.” Even though Harbour is only three years Ryder’s junior, he acknowledged her many years of experience as a teen star, confessing that. “I grew up with her movies, and she’s just so talented and intuitive and genuine and real and has like, a huge heart. To be let into that world is a dream come true.”

Ryder responded emotionally in kind, stating, “Working with David has been a beautiful experience. I admire him so much. I love the way he surprises me, both in life and in takes. This is my first series, so to work with someone for seven years has been absolutely incredible.” Harbour responded with a visible amount of relief after confessing his deep feels.

“Yeah, it’s really nice to hear her talk about me that way because at a certain point it doesn’t become work because it’s your life. We’ve spent seven years inhabiting these characters and looking into each other’s eyes and being on set together for long nights and it’s actually seven years of my life. The weight of that, I feel it when I’m with her, ‘cause I feel like she’s a big part of my life. And so that’s profound. “

Ryder, visibly affected, could only respond with a pair of kisses administered to Harbour’s cheek. If you weren’t shipping it already, you’re shipping it now.

Both parts of Stranger Things season four are currently streaming on Netflix.