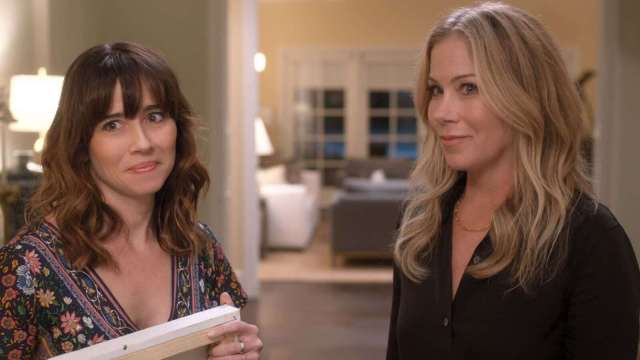 It’s been so long since Dead to Me was on our screens that Netflix viewers would be forgiven for thinking the show was, well, dead to us. But, at long last, the streamer has now unveiled our first look at the acclaimed comedy-drama’s third and final season, while promising that the long-awaited conclusion to the Christina Applegate and Linda Cardellini starrer will be with us in just under two months’ time.

As part of Netflix’s big Tudum event this Saturday, James Marsden was on hand to reveal a teaser for Dead to Me season 3, which offers a brief glimpse at what we can expect when the show returns. Helpfully, as season 2 landed way, way back in 2020, the teaser mostly recaps all the major events that have happened on the series to date before checking on Jen and Judy in the third season. Catch it below:

As the trailer reminds us, Jen and Judy’s friendship has managed to withstand a lot of craziness since the show began, with the two women guilty of killing each other husbands and then covering up their murders. At the end of season 2, the pair were involved in a shocking car collision with Marsden’s Ben, leaving Jen’s fate in the balance. Thankfully, this foul-mouthed first-look promises Jen is OK.

The reason Dead to Me has taken so long to get here is a combination of factors, as season 3 was initially held up due to the overall COVID crisis and then sadly due to Applegate announcing that she had been diagnosed with multiple sclerosis. After such a lengthy wait, here’s hoping the final season manages to conclude the crazy story of Jen and Judy in a satisfying fashion when it premieres on Netflix on November 17, 2022.