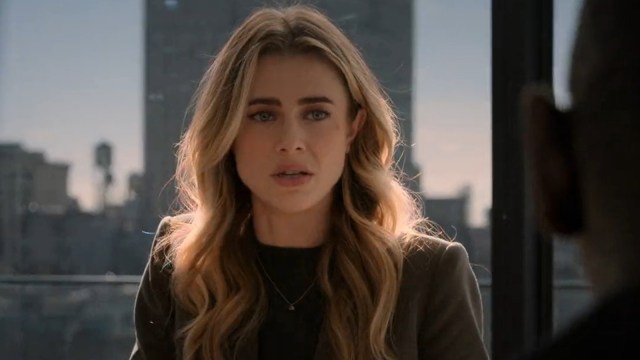 Ever since Netflix played the knight in shining armor and saved the popular supernatural series Manifest, fans have been impatiently waiting for news about its season four. Well, there is no need to hold your breath anymore as the trailer of part one of the fourth season is finally here! While it marks the beginning of the end, there are still plenty of mysteries left to explore.

Season four will be the final season, comprising of twenty episodes in total that will be split into two parts. The trailer was released during Netflix’s Tudum expo to whet fans’ appetites for the new story.

It begins showing Flight 828’s interaction with the storm that caused those aboard the vessel to lose five and half years of their lives. But the real shocker is the possibility that the storm might have been looking for them. Those who have returned experienced “callings,” a divine voice leading them to discoveries. But a vision showing the Stone family’s gravestones could signify their deaths on June 24, 2024.

More vision alludes to things getting much worse. An apocalyptic future threatens the world and an erupting volcano is shown, along with glowing cards having symbols on them. It’s unclear how this imagery is linked, but as the show likes to remind you, “It’s all connected.” The Stones and their team of trusted allies have 18 months until their death date and they’ll have to follow every lead if they hope to survive this and save everyone.

The trailer also reveals that we will be meeting a very different Cal in the next season. Also, a killer is on the loose going around and killing the passengers who were aboard Flight 828 — the hits just keep on coming with no signs of slowing down. Check out the trailer below:

The NBC drama series was canceled from the network after season three but was picked up by Netflix. Series creator Jeff Rake and lead actor Josh Dallas have both shared their gratitude to fans and Netflix for saving Manifest. Season three could’ve been the end of the series, but there was a major push from the people supporting it, including super-fan Stephen King, that helped keep the dream alive to finish the story and tie up all the loose ends.

Manifest season four part one comes to Netflix this November 4.