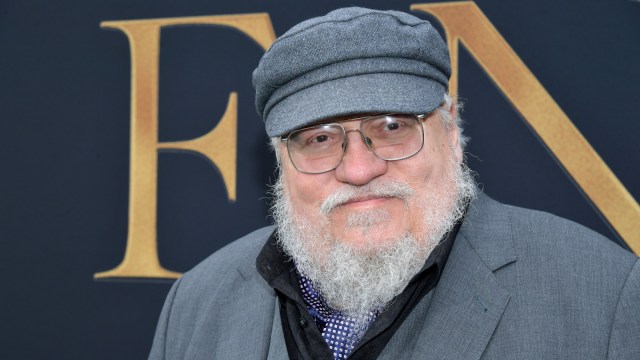 Fans of Game of Thrones have been waiting a long, long time for an update on the next book in George R.R. Martin’s iconic fantasy series and now that update is finally here.

Speaking on a YouTube livestream with Random House, Martin shared that The Winds of Winter, the fifth book in the series, is around 75 percent complete meaning that the wait until release will be substantially shorter than some expected.

“It’s a big, big book, I’ve said that before. it’s a challenging book. It’s probably gonna be a larger book than any of the previous volumes in the story. Dance with Dragons and Storm of Swords is the biggest book so far with 1500 pages but I think this one is going to be longer than that by the time I’m finished with it and I think I’m around three-quarters of the way done maybe.”

Given its goliath size, Martin jokes that his publisher may try and split the book into two parts but it would seem were still a ways from reaching those problems.

Martin first began working on Winds of Winter back in 2010. Given its taken 12 years to reach this point, even with only a quarter left, it could still be quite the wait before it lands on shelves.

This anticipation has been massive thanks to the success of Game of Thrones and Martin jokes that even once he delivers this book fans will start begging for updates on the next one A Dream of Spring which will look to conclude the story being told.

While these are exciting times for fans it would be smart to temper your expectations for the book until an official announcement is made.