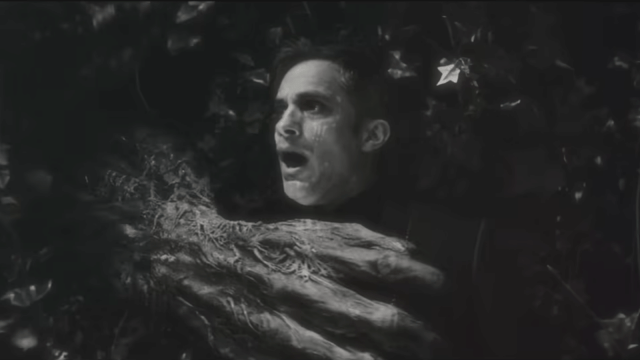 The hotly anticipated direct to TV Marvel special Werewolf By Night made a surprise debut a week early at Fantastic Fest, and the first reviews have started to roll in. Good news — people seem to have nothing but nice things to say about it.

The screening at Alamo Drafthouse in Austin, TX, was followed by a Q&A with director, Michael Giacchino, best known as an Oscar-wining composer for everything from The Batman to Ratatouille.

The love letter to black and white horror movies from the first half of the twentieth century seems to be resonating with people, with the deviation from the cookie-cutter Marvel project template being welcomed, all while retaining its identity as a MCU property.

The excitement around Werewolf by Night is palpable, with critics singing high praises for the cinematography and more confident dive into the horror genre for the Marvel cinematic universe, a prospect which Doctor Strange in the Multiverse of Madness first dipped its toe into earlier this year.

There’s a lot of love being shared for the characters in the Halloween special, which clocks in at just under an hour. Werewolf by Night introduces Gael García Bernal as Jack Russell, the titular lycanthrope in the black and white period piece set in the 1970s. The short film will also include Laura Donnelly as Elsa Bloodstone and fans will also finally see the introduction of Man-Thing (or, as Jack lovingly calls him, Ted) to the MCU.

Werewolf by Night will debut early on in the spooky season, hacking and slashing its way onto Disney Plus on Oct. 7 2022.