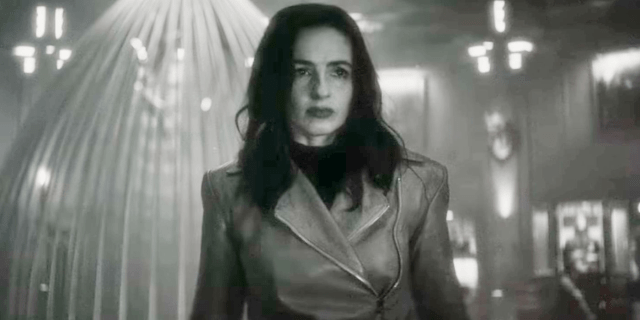 Black Panther: Wakanda Forever may be leading Marvel Studios’ biggest theatrical charge of the year right now, but for most of 2022, all eyes were on Disney Plus to bulk up a comparatively lukewarm theatrical slate, with the likes of Moon Knight, Ms. Marvel, and She-Hulk: Attorney at Law (no publicity is bad publicity) shoring up any love lost with Doctor Strange in the Multiverse of Madness and Thor: Love and Thunder.

But perhaps the crown jewel of Marvel’s 2022 Disney Plus run was the groundbreaking Werewolf by Night television special. The 53-minute-long program went all in on creative freedom, resulting in a marked departure from even its already-unconventional Disney Plus colleagues. Indeed, any theatrical release from Marvel wouldn’t have gotten away with a black-and-white color palette nor a fair share of gore.

Introducing the likes of Man-Thing, Elsa Bloodstone, and the titular cryptid to the Marvel Cinematic Universe is a welcome development, but with Werewolf by Night featuring a storyline that’s entirely separate from every other MCU event (maybe barring the presence of the TVA), it’s hard to say how these characters will end up coming into the mainline fold, and how impactful they’ll end up being.

However they end up linking to everything else, one debutant is all but ready to pounce on whatever Marvel ends up throwing at them. In an interview with The Wrap, Laura Donnelly, who portrayed Elsa Bloodstone in the special, revealed her extremely palpable interest in a follow-up to Werewolf by Night, relishing the opportunity to further explore a character that has yet to blossom into her truest form.

The thing that I love about this particular story for Elsa is that we get such a sense that we’re only at the beginning of something for her; she’s not introduced as the character that we know from the comics. It’s her pre-that or maybe she has been that and something has happened — we don’t know. And so it does feel like it’s only this little taster of many, many layers that are there underneath and a huge backstory.

Werewolf by Night is available to stream on Disney Plus.