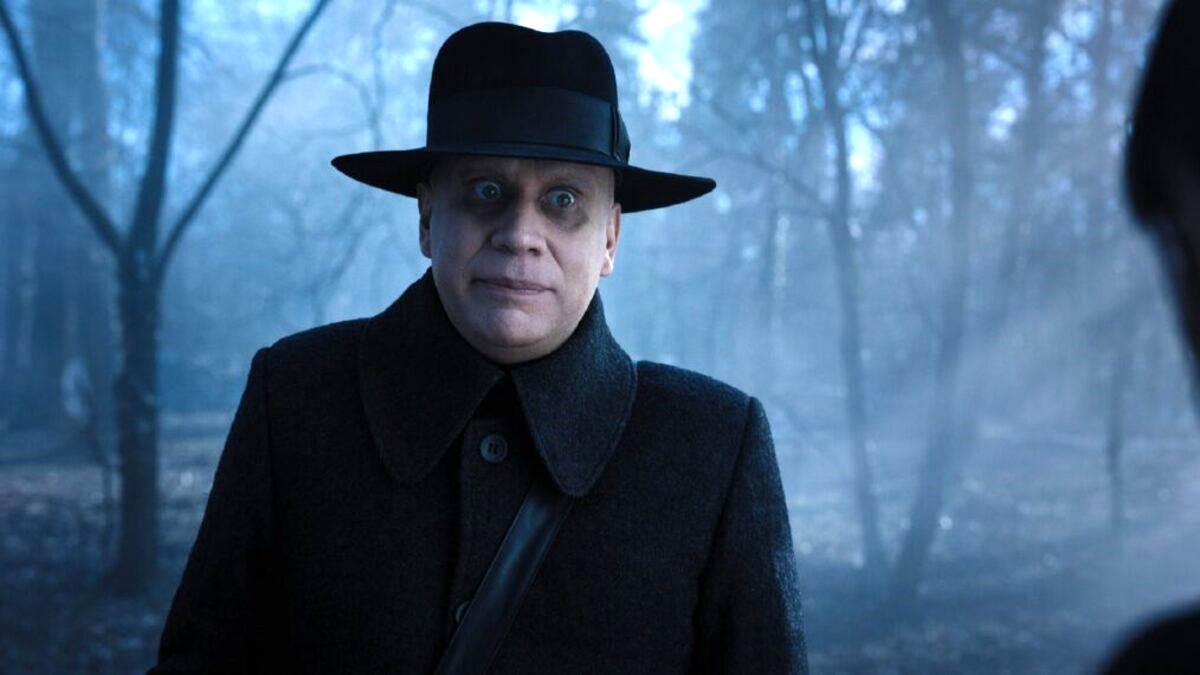 One of the biggest innovations of Wednesday, the smash-hit Addams Family reimagining that’s currently the most popular TV show on streaming, is the twist that its titular protagonist has superpowers. While the Addams have always been mysterious and spooky, their supernatural nature was never specifically defined before this series came along. Now we know Wednesday is psychic and receives visions of the past and future.

But she’s far from the only member of the Addams clan to possesses unusual abilities. As we learn over the course of the show’s first season, Wednesday’s mother Morticia is also a psychic (albeit one known as a Dove, as opposed to a Raven like her daughter), as was her ancestor from puritan times, Goody Addams. It’s not just the family’s women who have powers either, as so does Uncle Fester.

But what are Uncle Fester’s powers and how do they link back to his Addams Family history? Let’s shine a light on this mystery…

What are Uncle Fester’s abilities in Wednesday?

Despite his iconic status in the Addams-verse, Fester only appears in one episode of Wednesday season one, its seventh installment. For starters, this portrayal of Fester (played by Fred Armisen) differs drastically from prior versions as he doesn’t live at the Addams mansion with the rest of his relatives but instead is constantly travelling — but not by choice. He’s a fugitive on the run, wanted for his many (mostly unspecified) crimes.

The other chief way in which this Fester differs from his predecessors is in the addition of his special abilities. Fester is depicted as being capable of electrokinesis — that is, the power to generate and control electricity. He is generally shown to use this recreationally or for pranks, but it turns out to be a life-saving remedy when Thing is stabbed and Fester uses his powers like a defibrillator to revive him.

How do Fester’s powers call back to previous depictions?

The interesting thing about Fester’s electrokinesis is that it’s actually one of the most faithful changes Wednesday makes to Addams canon, as the kooky uncle’s ability to generate electricity has long been a fixture of the character. Jackie Coogan’s Fester from the 1960s sitcom memorably used to light a lightbulb by sticking it in his mouth.

This ability was then expanded in the 1990s movies. In Addams Family Values, for instance, Fester’s black widow of a wife Debbie Jellinsky is unable to kill him by throwing a toaster in his bath thanks to his knack for conducting electricity. Unlike Wednesday’s newfound psychic powers, then, which have no root in Addams history, Fester being officially confirmed to be electrokinetic is the natural next step in the way the character has evolved on our screens over the decades.

Hopefully, we’ll get to know Armisen’s uncle even better in Wednesday season two.