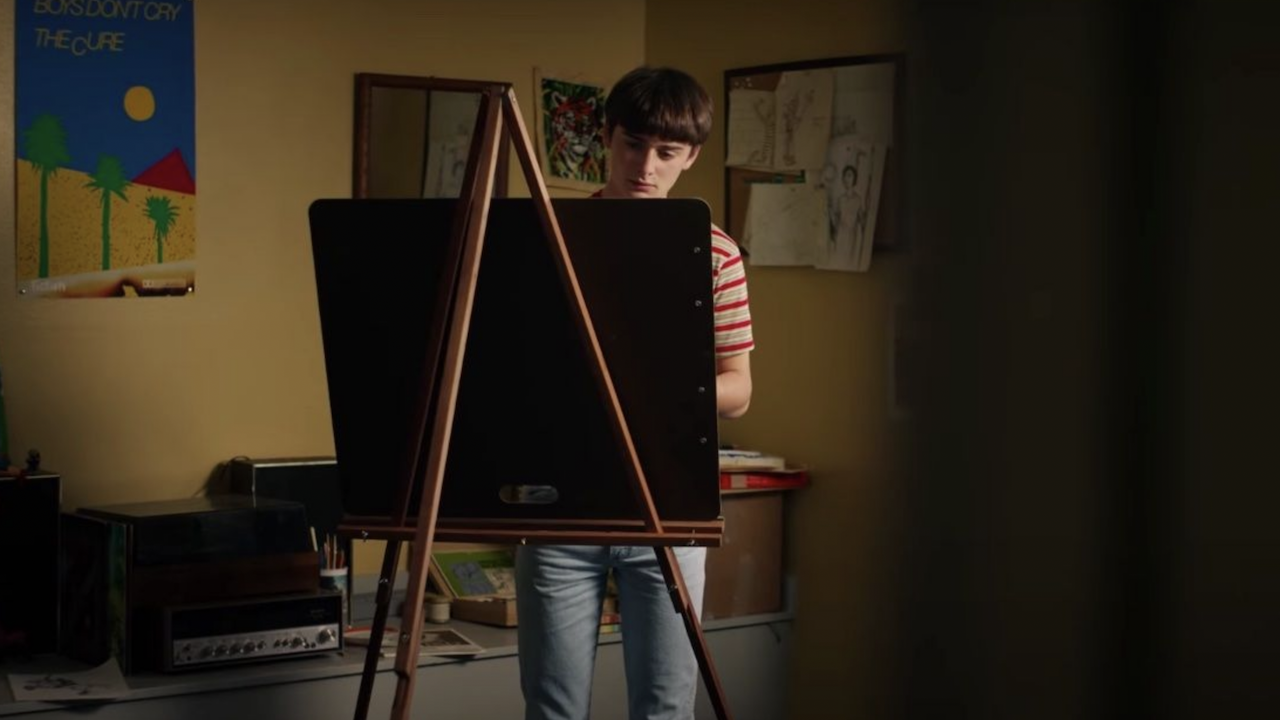 Volume One of Stranger Things season four officially dropped on Netflix this past Friday. As eagle-eyed viewers continue to binge-watch the first seven episodes of the season, many diehard fans are asking the same question: what exactly did Will Byers paint?

After the release of season four’s first batch of episodes, fans are convinced now more than ever that Will is gay. And, with it now being Pride month, the rumor mill is churning as fans are dissecting clues about Will’s sexuality — one of them being a painting he created during the premiere episode of the fourth season.

In the season opener, Jane “Eleven” Hopper is penning a letter to Mike Wheeler about her new experiences and life thus far in California. The letter includes information about Joyce, Jonathan, and Will. In addition, Eleven informs Mike that Will has spent a lot of his personal time painting a picture, although Will has decided to keep the details about the painting to himself.

So what did Will paint?

As mentioned before, details about the painting have been kept under wraps, but several clues hint that the painting is for Mike, who he has been best friends with since kindergarten. Many fans believe Will has a crush on Mike. While Mike has established a strong relationship with Eleven over the last three seasons, Will has never vocalized any interest in any relationship.

And while we don’t know for sure what Will specifically painted for Mike, folks are speculating all of the possibilities. The painting options include either Will and Mike kissing, holding hands, or their initial encounter with each other at a swingset when they were younger.

Whether the painting depicts any of these theories remains to be seen. But, we do know that the painting is significant to Will’s character growth, sexuality, and development in the action-packed fourth season of the sci-fi sensation.

We’ll see if we find out what Will painted in Vol. 2 of Stranger Things season four, which drops on Netflix on July 1.