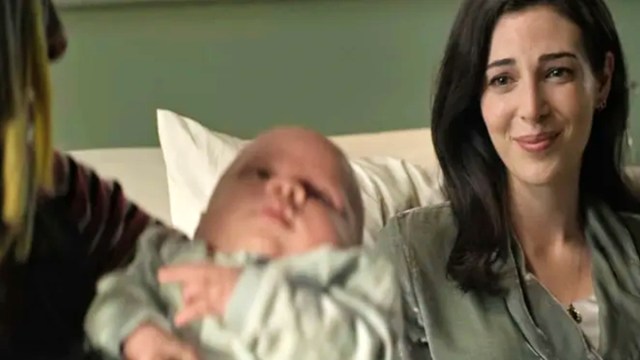 Warning: There are major spoilers for The Sandman ahead.

There is no doubt that the Netflix series The Sandman — an adaptation of Neil Gaiman’s comics of the same name — is a bonafide success. The show has gained immense recognition and fame for introducing the viewers to complex characters, intriguing plot twists, and memorable moments.

Be it Dream’s (Tom Sturridge) imprisonment by Burgess (Charles Dance), or the shocking bloodbath at the diner orchestrated by John Dee, the series has proved to be immensely successful in engaging the viewers with its plotlines and overall content. Its key success lies in introducing diverse characters and giving each of them significant roles to contribute to the plot.

In this respect, the show does quite a wonderful job of capturing every character’s emotional journey and its connection to Dream’s purpose of maintaining a balance between the dreaming and waking world.

One such character — Lyta Hall (Razane Jamal) — is introduced in the seventh episode of the series named “The Doll House”. A widow and the best friend of the Vortex Rose Walker, she is shown as a young widow mourning her husband Hector.

The only space where she is shown to interact with her dead husband is the dreaming realm. Their benign and loving encounters turned out to be way more than a bittersweet love story as this has a huge impact on the overall plot of the story later.

Later on, it becomes clear that Hector’s presence in the dreaming realm and Lyta’s pregnancy, as a result, blurred the separation between the waking and the dreaming world. Let’s delve into the details of how Lyta’s baby factors in this and what the series possibly has in store for him later.

Who is Lyta Hall and how did she get pregnant?

Lyta was introduced in the seventh episode of the show as Rose Walker’s (Kyo Ra) best friend who accompanied her to travel to England to meet her great grandmother Unity Kincaid (Sue Johnston). On their way in the aircraft, one of Lyta’s secrets was revealed, her communication with her dead husband Hector.

As the series is quite an honest adaptation of the comics, Lyta’s origin story was not discussed in detail (well, not yet). This marks a departure from her identity in the DC Universe where her name is Hippolyta Trevor, the daughter of Wonder Woman and General Steve Trevor.

Their interactions appeared as a fantasy-inspired love story at first unless the reasons for their meeting were discovered. This happens when Hector asks Lyta to live with him in her dream thus severing her connections with the waking world, a proposal to which she ultimately agrees. After waking up, she found herself pregnant, realizing that her encounters and interactions with Hector were indeed real.

In the ninth episode, “Collectors”, she narrated the story to Rose, and the cause of her pregnancy was finally revealed. It turned out that it was none other than Rose who was responsible for breaking the divide between both realms.

Due to her being the vortex, she bore the capability to travel between both worlds as well as gain access to the Dreaming. Her ability to enter into other people’s dreams could tear the walls between dreams and as a result, destroy both the dreaming and the waking world.

Rose’s constant presence in Lyta’s dream had a similar impact when the latter’s dream alongside Hector became more real each day, resulting in her pregnancy in the waking world.

What will possibly happen to Lyta’s baby?

Dream’s interaction with Lyta was probably one of the most unsettling moments in the series. This is because of his revelation about his plans to take away Lyta’s baby. He went on to provide the reasons, succinctly captured in the phrase, “The baby was conceived in the Dreaming”.

At the end of the series, after Rose was freed from being a vortex and met her deadly fate, we saw Lyta giving birth to her baby and how happily the news was received by everyone without an ounce of worry about the baby’s potential fate.

It is revealed that her son will have a major role in season two of the show probably due to him being Dream’s successor after his death. The fate of the baby who’s named Daniel and Dream has been explained in the comics.

What happens in the comics?

Till now, the series has been — to a certain extent — honestly adapted from the series and if the same is followed for the second season, we will probably get to see an influential role played by Daniel for he may either be a threat to the Dreaming or a potential successor of the realm.

Lyta’s relationship with Daniel becomes one of the most disturbing and unsettling episodes in the comics. For the six volumes of the comics, Lyta is described as an obsessive mother who hardly goes out of her house in fear of her son getting kidnapped by Dream.

Her obsession with this is depicted as concerning in the comics as she barely has any social life. This is because Dream didn’t give her any specific date for taking Daniel away, which enhances her anxiety and stress in anticipation of Dream’s action.

Her deepest fears come true when she sees Dream next to Daniel’s crib one day, at the beginning of “Season of Mists”, where Dream merely pays a visit to the child and leaves. It is only in volume nine of the comic “Fables and Reflections” when things start to go downhill.

This happens when Lyta decides to go out, leaving Daniel with the babysitter only to find him disappeared upon returning home. Believing that Dream took her son away, she makes a pact with The Kindly Ones, a group of three women more powerful than the Endless, to defeat Dream.

However, Daniel is later found unharmed but to no avail as The Kindly Ones keep their side of the bargain and Dream eventually dies and is taken to the afterlife by his sibling Death. With no lord reigning over the powerful Dreaming, The Kindly Ones choose Daniel as Dream’s successor.

Though the comics have mentioned Daniel to replace Dream, one can’t say with absolute certainty that the series will follow a similar tragic storyline considering it has majorly deviated from the comics in many areas in season one. Based on the same, there is a probability of Daniel either posing a threat to the Dreaming, thus replacing Rose Walker as Morpheus’ new nemesis, or becoming an active member of the Dreaming. Let’s wait and speculate till Season two hits the screen.