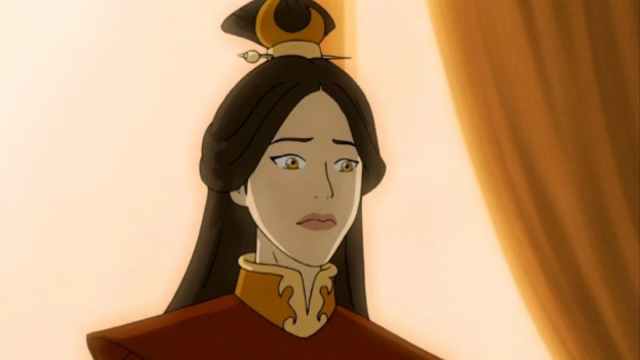 One of the strongest themes in Avatar: The Last Airbender is family. With Aang spending much of the series mourning the monks at the air temple, Katara and Sokka being separated from their father after their mother was killed, and Fire Lord Ozai giving Prince Zuko his scar, a majority of the series is about family.

Why was Zuko’s mother not in Avatar: The Last Airbender?

Zuko’s mother was actually in three episodes of Avatar: The Last Airbender but she only appeared in flashbacks or visions and never appeared in the present day. In the season two episode ‘Zuko Alone’  Zuko had multiple flashbacks remembering the time before her mother left the Fire Nation. These flashbacks provided some much-needed context as to why we had never seen Zuko’s mother.

In the ‘Zuko Alone’ flashbacks, we see that Zuko’s relationship with his mother was much warmer than his relationship with his father, who exiled Zuko and gave him the scar on his face. Unfortunately, while his Uncle Iroh was commanding an army in Ba Sing Se, Lu Ten — Iroh’s son and Zuko’s cousin — died in combat. As every Avatar: The Last Airbender fan knows this broke Iroh, and he took a step back from his position in Ba Sing Se.

It is revealed in the flashback that after Iroh stepped back from the siege of Ba Sing Se, his brother Ozai went to their father Fire Lord Azulon, asking to step over his brother for the throne under the guise that at least Ozai had an heir to carry on the throne. An outraged Azulon refused and according to Azula — Zuko’s sister — demanded that Zuko be killed to show Ozai what losing a son is like.

In the middle of the night, Ursa woke Zuko up to impart some wisdom and tell him goodbye before she left the Fire Nation. The next day, Azulon was found dead, and Ozai became the Fire Lord. But in the show, we never found out why Ursa left or what happened to her after the events of the series. Luckily there have been multiple Avatar: The Last Airbender comic books.

Why did Zuko’s mother leave?

The story of why Zuko’s mother left was originally conceived by Michael Dante DiMartino and Bryan Konietzko — the creators of Avatar: The Last Airbender — to be an animated film, but after Nickelodeon refused their pitch the story was turned into a comic book in 2013. Avatar: The Last Airbender — The Search was written by Gene Yang and is part of a series of Avatar: The Last Airbender comic books. The Search sees Zuko and an imprisoned — and now insane — Azula searching for their mother Ursa. After finding some letters from her mother, they found a lead as to where Ursa might have gone. Apparently, she had run off to her old fiancé Ikem, to whom she was engaged before Ozai forced her to marry him.

The group journeys to Hira’a, the Fire Nation town where Ursa was from. Upon their arrival, they find two actors — Noriko and her husband Noren. The pair tell them that separately and years apart both Ursa and Ikem went into Forgetful Valley, a forest where people go to forget their pasts.

We finally get a flashback as to why Ursa left the Fire Nation. Ursa, upon learning that Fire Lord Azulon was going to have Zuko killed, went to Ozai and asked if she could kill the Fire Lord to protect Zuko. She did this via an untraceable, odorless, and tasteless poison. Realizing that if Ursa was willing to poison one Fire Lord she might poison another as well, Fire Lord Ozai banished her from the Fire Nation, separating her from her children.

The group journeys into the forest and they find a spirit, The Mother of Faces. She is later revealed to be the mother of Koh the Face Stealer, an evil spirit the group had encountered during the events of the series. It is revealed that Ikem was actually Noren and that he had taken Ursa to The Mother of Faces where the spirit took away her memories, and had given her the identity of Noriko.

Zuko informs Noren and Noriko that he is Zuko, Ursa’s daughter. Noren reveals that he is indeed Ikem but Noriko — because her memories were taken away by The Mother of Faces — cannot remember Zuko or her true identity. They return to The Mother of Faces who agrees to restore Ursa’s memories and the mother and son finally get to have their reunion.

Ursa explains to Zuko what happened the night that she left and that she felt horrible for Ozai’s treatment of Zuko because she felt responsible. She had revealed in a letter to Ikem that Zuko was really his child and not Ozai’s, a statement which was meant to harm Ozai because she suspected that he was intercepting her letters. She let Zuko know that while she did write the letters, that statement was false, Zuko was Ozai’s son. Unfortunately, Ozai believed it to be true and he took it out on Zuko, treating him harsher than he might have otherwise. Nonetheless, the pair had a deep conversation about her life, and Zuko finally found some closure.

It’s a shame that we did not get to see this take place in the show or a movie like it was originally planned. As Zuko’s path in the series was one of redemption, he rarely had any moments where he was truly happy, so this reunion would have had a great effect. Although it was recently announced that the creators of the series would be working on three new films rumored to be set in different eras, one for Avatar: The Legend of Korra, one with Avatar Kyoshi, and one all about Zuko. So maybe we might get a glimpse of Zuko’s happy reunion with his mother in the movie, which would be fantastic. We might even get a live-action version of the events with the Netflix series in production.

Even if we don’t get an animated or live-action version of Ursa’s story it is still quite nice to see that Zuko did get some semblance of a happy ending after all.