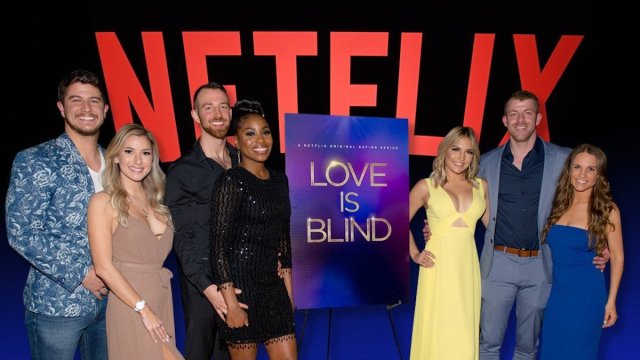 Love Is Blind is one of the most popular reality series currently running. While fans of the series are enjoying season 3 and its antics, many viewers are wondering what the fourth season might bring.

And thanks to some fantastic online detective work, fans might have worked out where season 4 will take place. Here is everything you need to know.

What is Love Is Blind?

One of Netflix’s most popular shows, Love Is Blind, first arrived on Netflix in 2020. The show takes fifteen men and fifteen women from the same geographic area. They are put into pods for ten days and can only interact with the opposite sex via phone, never being able to see each other face-to-face.

Once one contestant proposes to another, the couples are allowed to meet physically and see each other. After this, the new couples spend the next period getting to know each other more in person. The show ends with each pair deciding if they’ll make the jump and get married.

One of the most crucial elements of the show is that the location changes each season. Season one was shot in Atlanta, Georgia, and season two was in Chicago, Illinois. And the currently airing season 3 was filmed in Dallas, Texas.

Where will season four be filmed?

Currently, Netflix has said little about season four. Mostly because season 3 is still running, with the first episodes only launching on October 19th, so Netflix wants to keep all the focus on the new season.

However, Netflix previously confirmed that they had renewed the show for a fourth and fifth season, and due to how many stages the show has, these seasons are filmed well in advance. And some fans have pieced together some information and think that season four will take place in Seattle, Washington.

The first major clue was a casting call on Project Casting, which was looking for singles in the Seattle area during the fall of last year. While this article has since been edited, it is referenced by several different outlets, allowing us to presume that Seattle was previously mentioned in the casting call.

On top of this, the Seattle branch of the publication Curiocity also posted about the casting call. It included a link to the sign-up form, which is still up. Giving us a glimpse of the type of questions you need to answer to get onto the show.

Fans also found an article written by Capitol Hill Seattle, a local news blog, that said that Love Is Blind had been filming in the area in early May. This article said:

“Last weekend, the crew followed a couple around on the streets and inside northern Broadway’s self-pour wine and beer cafe Rapport. The production also tied up E Pine’s Fogon for a recent day of shooting.”

On top of this, a Reddit user posted that a friend who works at the iconic Seattle attraction, the Space Needle, saw Nick Lachey, one of Love Is Blind’s hosts filming something there.

We won’t know for sure until Netflix makes an official announcement, but something is going on in Seattle, even if it may not be the next season of Love Is Blind.